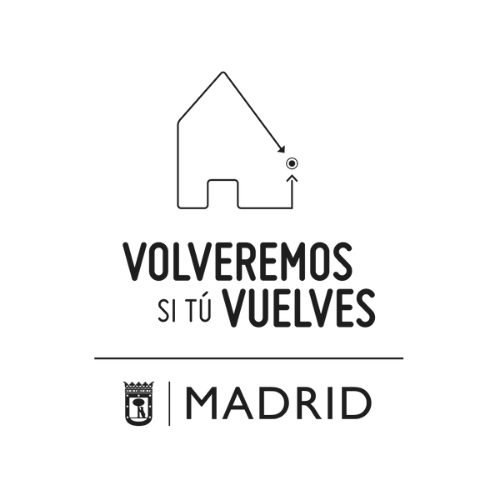 One of the main objectives of Madrid Capital de Moda is to support the hospitality and trade, as well as other economic activities that take place in the city of Madrid.

The Madrid City Council, through the Government Area of ​​Economy, Innovation and Employment and specifically, with the Directorate of Commerce and Hospitality has created Volveremos Si Tú Vuelves (We will return, if you return).

It is an initiative whose main goal is to stimulate economic activity in Madrid’s neighborhoods and commercial areas during the return to normality, after the special circumstances that are taking place.

Through its website, Volveremos Si Tú Vuelves, makes the commercial offer of different neighborhoods of the city visible, locating the businesses that have wanted to participate in the initiative, and organizing them by areas such as Gastronomy, Shopping, Leisure or Markets, among others.

Madrid has always been known for its wide range of culinary, fashion and accommodation proposals, and that is precisely what it wants to remind us of.

Volveremos Si Tú Vuelves having its website and social networks, the project wants to raise awareness in the public of the vital importance of small businesses, among which SMEs abound, which are the root and at the same time the lifeblood of the economic fabric of the city of Madrid.

The website, as well as its social channels, contains the testimonies of the hoteliers and merchants so that the user can learn first-hand all the stories behind some of the most emblematic establishments in the city, giving more soul to the project than ever .

Therefore this initiative wants to remind you that once the confinement is finished and with the return to normality, you return to the usual stores and support all those who have most resented this crisis, so that they can continue living in our neighborhoods, and making Madrid what it is, the perfect mix between tradition and innovation.

In addition, from the Volveremos Si Tu Vuelves website, they will be in charge of facilitating a series of offers vouchers from the participating establishments, as well as the brands that join the project.

During a certain time, said vouchers may be exchanged in establishments or through the online service of the shops that offer this possibility.

Support your market and your usual bars.

And remember what they mean: “We will return, if you return”