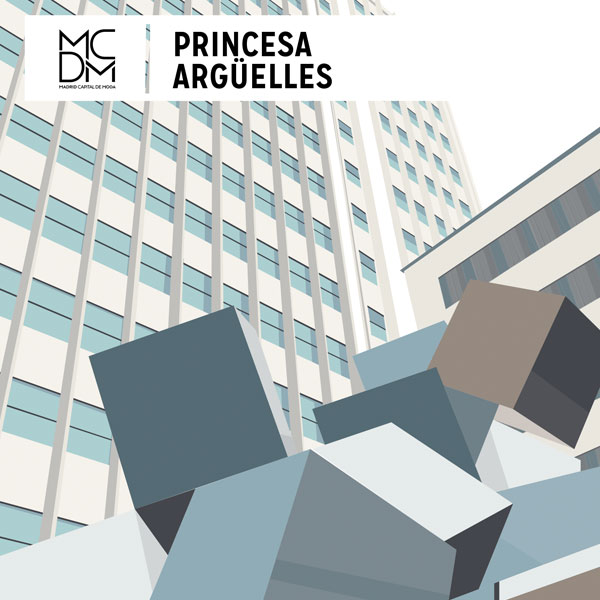 This neighbourhood, result of the first “expansion district” of the city of Madrid, was built during the mid-19th century.

It is presently also populated by many students due to its proximity to Ciudad Universitaria, and it is one of the main commercial areas of the city.

The vicinity of Ciudad Universitaria and other private universities turn the neighbourhood of Argüelles into a district in which we may come across many students. Therefore, in Hillarión Eslava and Princesa streets we will find several shops related to student supplies and services as well as a large number of bookshops. At the same time, adjacent streets also are crowded with bars and restaurants for the young student population of the neighbourhood.

Possibly, Argüelles is one of the better connected neighbourhoods of the city. The bus-and-metro interchange station of Moncloa is one of the most important stations of the city, with buses that also connect the north-eastern part of Madrid to the city. In this district, there are three metro stations through which three metro lines go by.
The Parque del Oeste, which works as a borderline of the district, is known to be one of the green lungs of the capital. 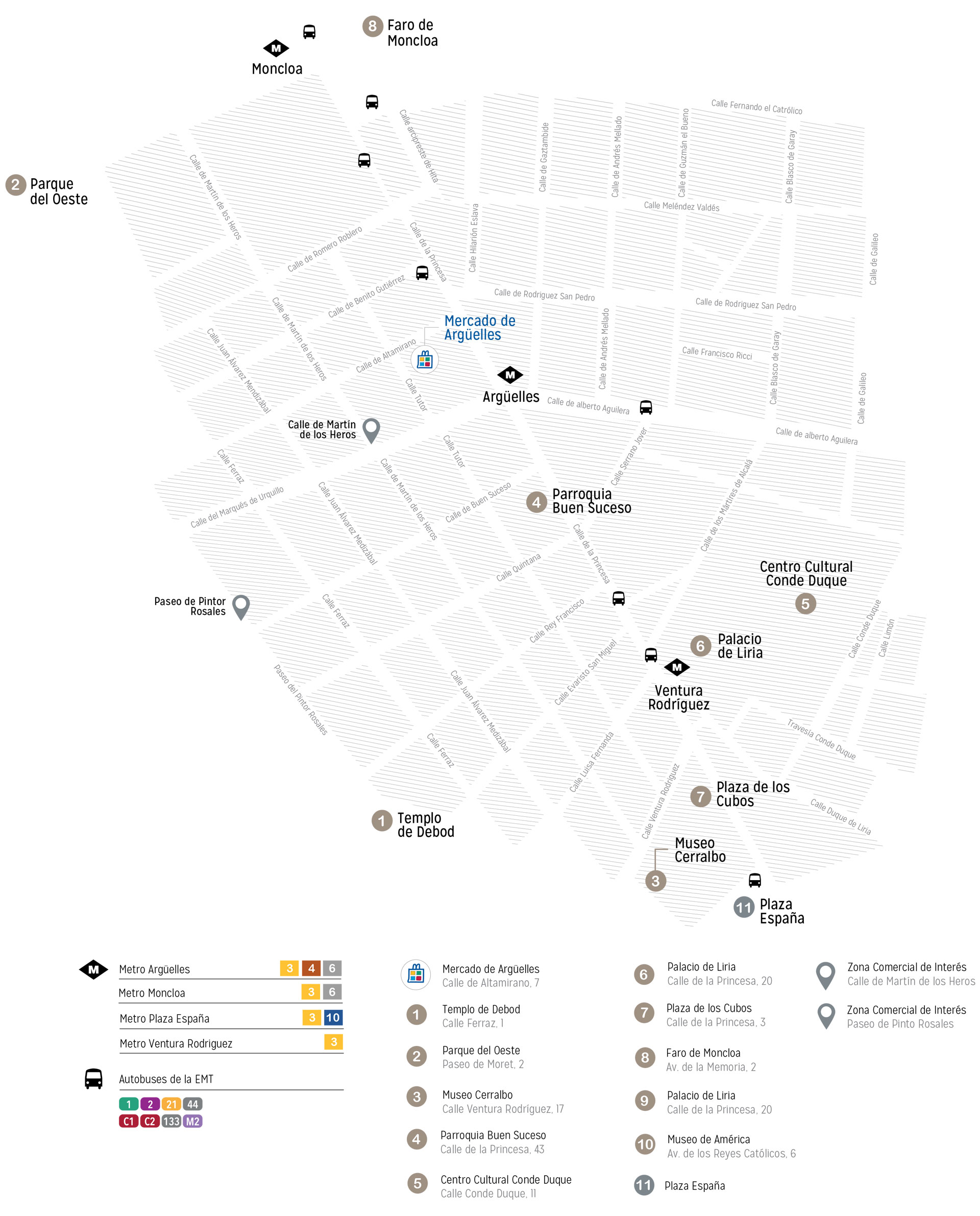 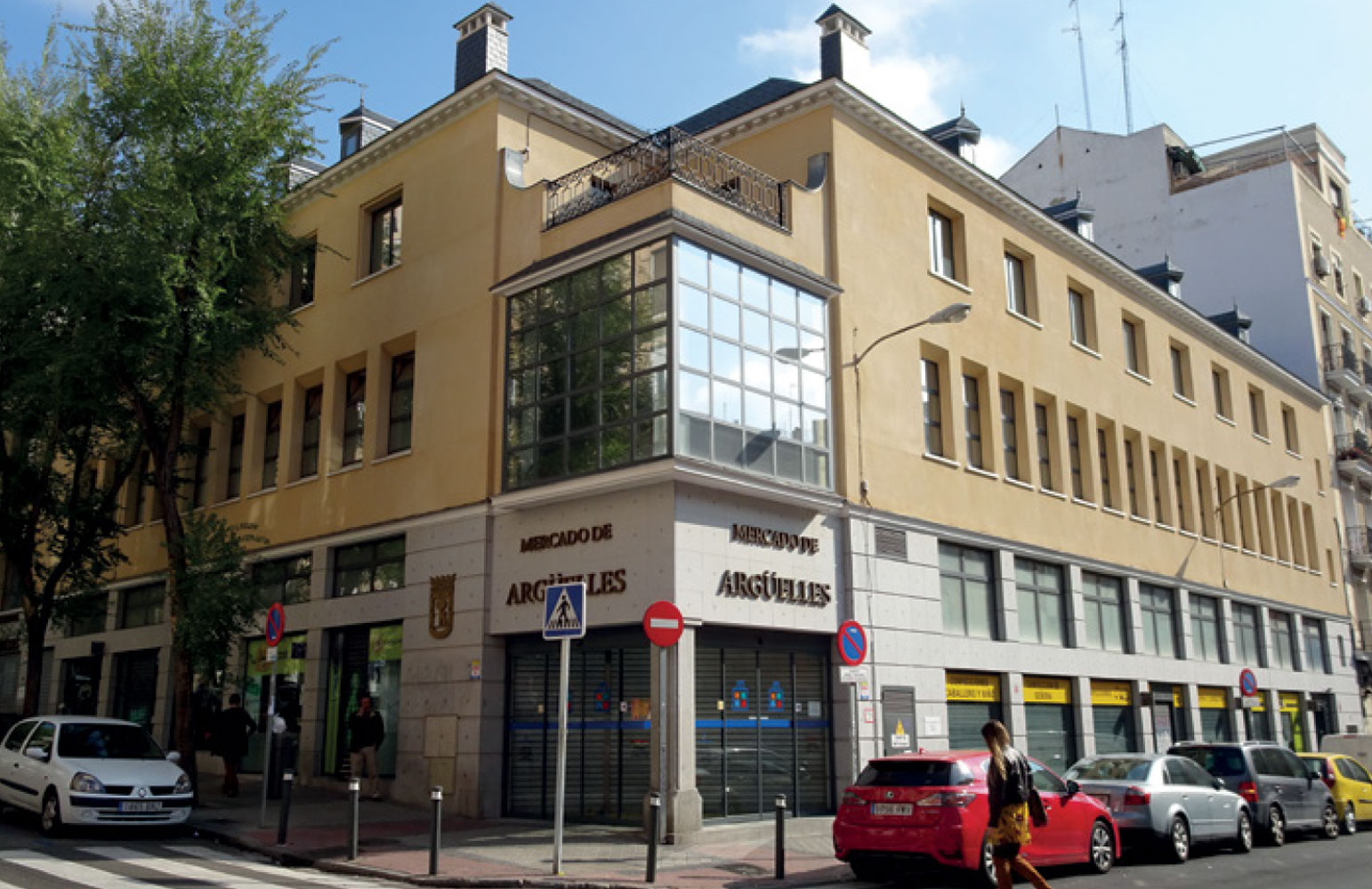 In spite of a remodelling, the traditional market of Argüelles still has that classic Castillian vide. Its three floors are disposed as follows: one of them is for fresh products and food, in the basement there is a supermarket and, in the ground floor we may encounter several shop and a music school which is, probably, the distinctive sign of the market. 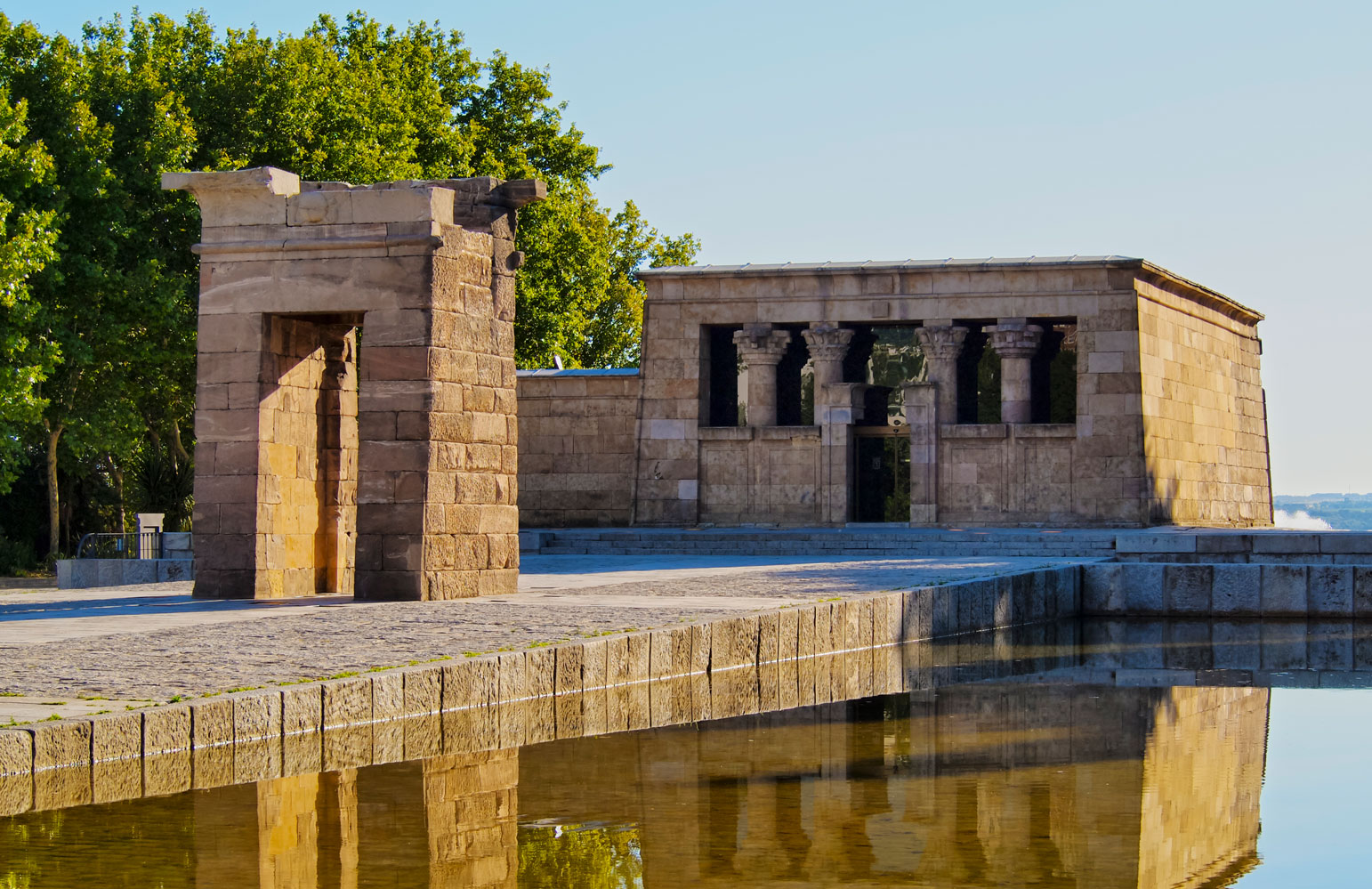 The oldest monument of Madrid, the Temple of Debod, is Egyptian. It was a donation of Egypt to the city and it has been placed in the Parque del Oeste. It’s fine location, with a spectacular view of the sunset, turns this place in a must for anyone that visits the city. In the near street of Paseo de Pintor Rosales, bar and restaurant terraces are a perfect site in which to enjoy one of the most pleasant and calm sides of Madrid. 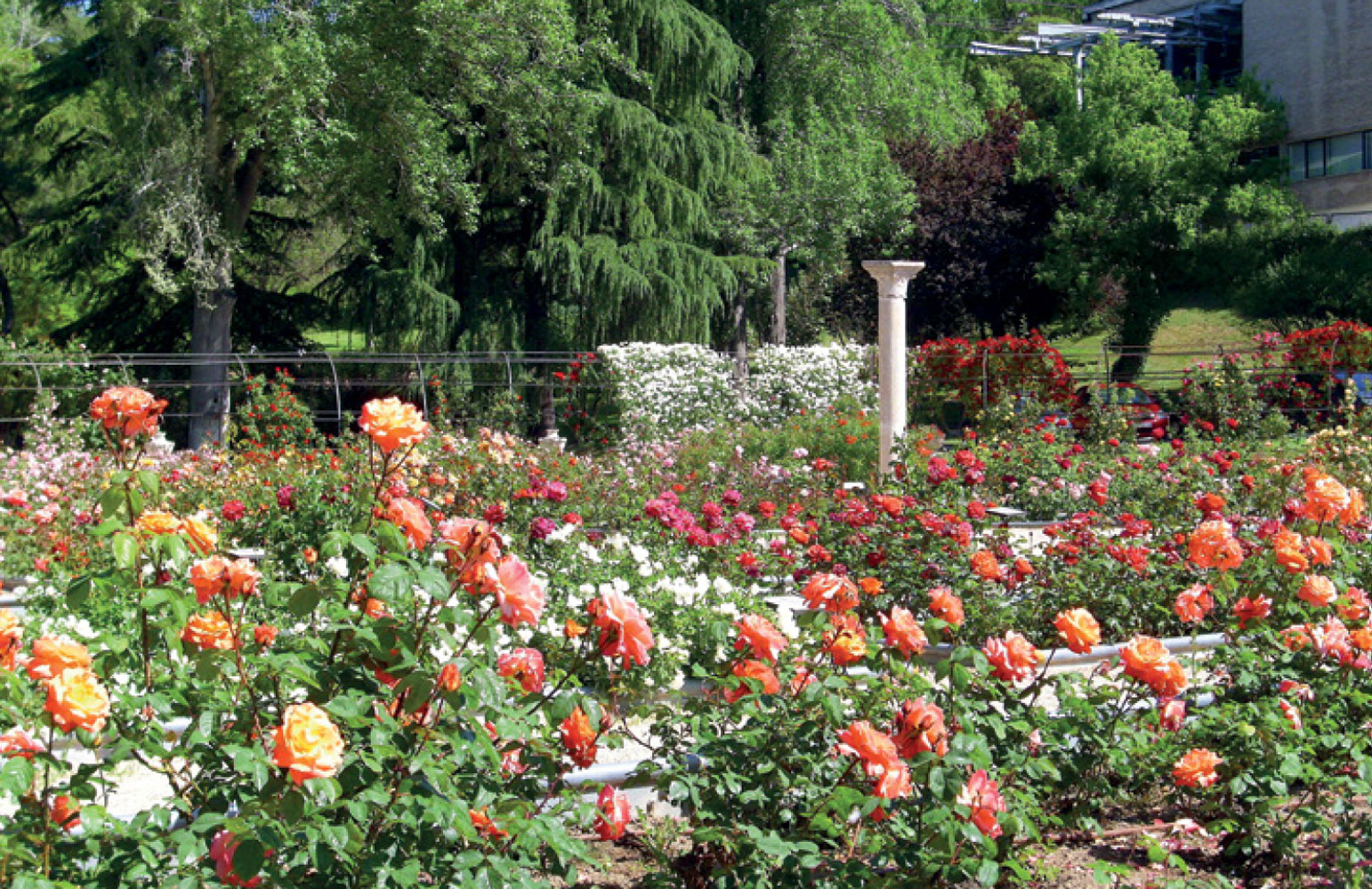 The Parque del Oeste, a natural borderline of the district, is known to be one of the green lungs of Madrid. Its incredible vegetation makes it a perfect place to go for a walk or practice any given sport. Among the various places of this huge park, La Rosaleda (the Rose garden, in Spanish) is one of the favourite places for visitors. More than 500 varieties of roses can be found, brought from all over the world; in May, when they bloom, several flower contests are held here. 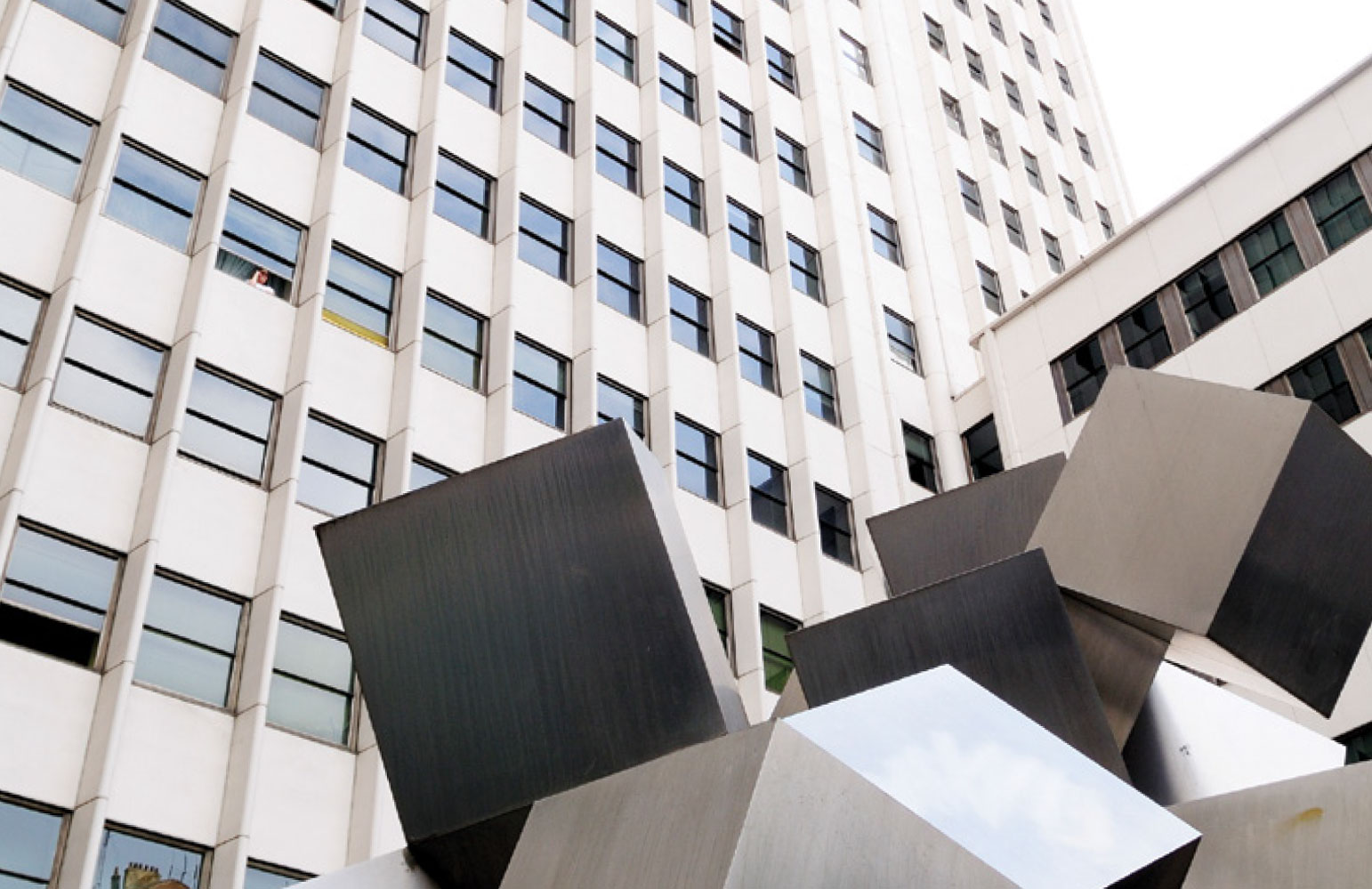 The Plaza de los Cubos is one of the meeting points for those interested in enjoying Madrid’s nightlife. The large number of franchises around are a perfect start, in particular for the younger ones. Around the square and in the Calle Martín de los Heros several cinemas schedule original version films. A very interesting and ample cultural offering is finished up with lectures and other events.