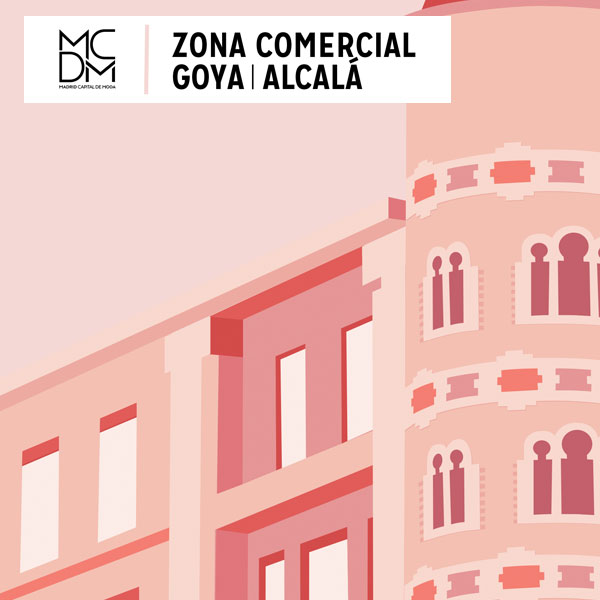 The triangle formed by Buen Retiro Park and Quinta de la Fuente del Berro is one of the quietest areas of the city centre due to its neighbourhood life. The combination of fashion franchises with neighbourhood stores and department stores, make this area of the capital a perfect place to enjoy shopping in Madrid.
Combining neighbourhood life with one of the most active tourist areas of Madrid is possible at the confluence of Goya and Alcalá streets.

Calle Alcalá is one of the longest and oldest in Madrid, since its original layout began to be forget in the fifteenth century. Currently born in the Puerta del Sol, it ends at the confluence with the A-2 in the neighbourhood of Canillejas. The part that goes from Príncipe de Vergara to Ventas is filled with shops of different types, from branches of international chains to small neighbourhood stores and grocers.

One of the traditions of Madrid that should not be ignored in a day of shopping is to make a stop at one of the many bars that may be found in the streets of Goya, Alcalá and the surrounding area to have an aperitif: a ‘caña’ of beer or a ‘chato’ of wine accompanied by shrimps or squid to recharge some energy. 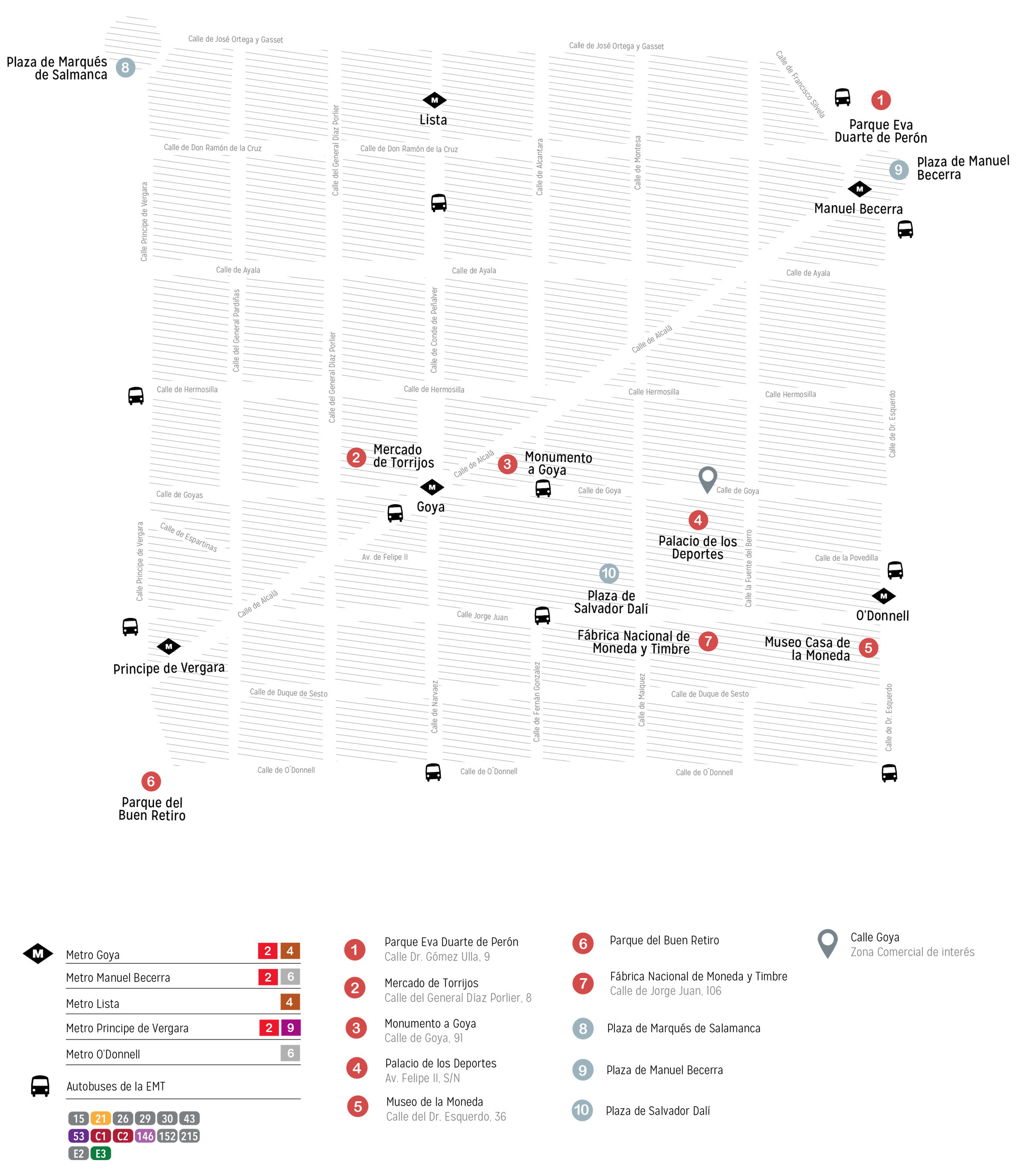 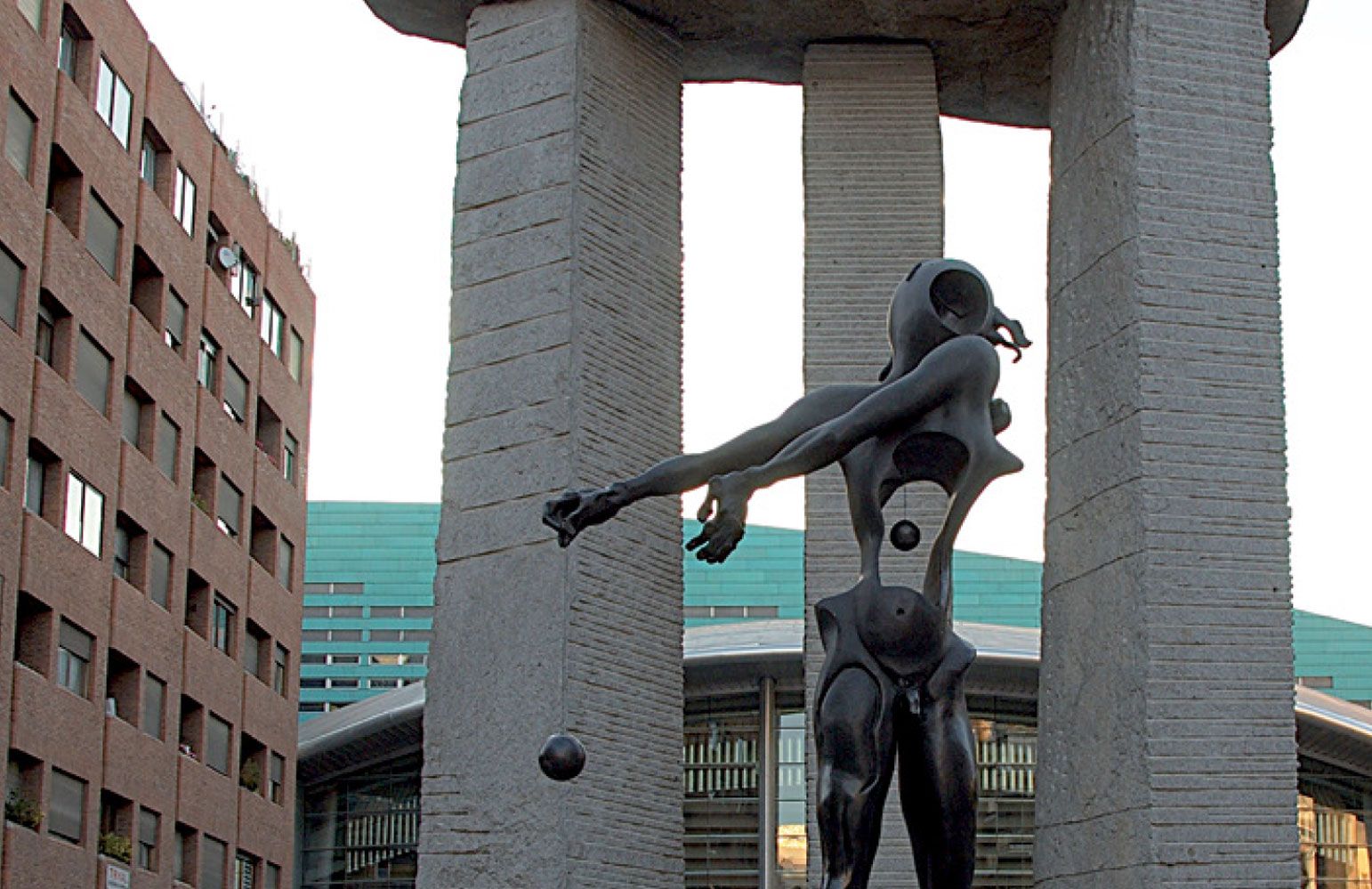 Inaugurated in 1986, this sculpture designed by Salvador Dalí in homage to his wife Gala, was declared in 2010 as a Property of Interest Heritage of the Community of Madrid. The sculptural set is located in Plaza de Salvador Dalí. The human figure is an adaptation of the sculpture that the artist made in 1969 titled ‘Homage to Newton’. The idea of Dalí was to erect a monument to science and technology as an expression of the greatest achievements of Humanity. 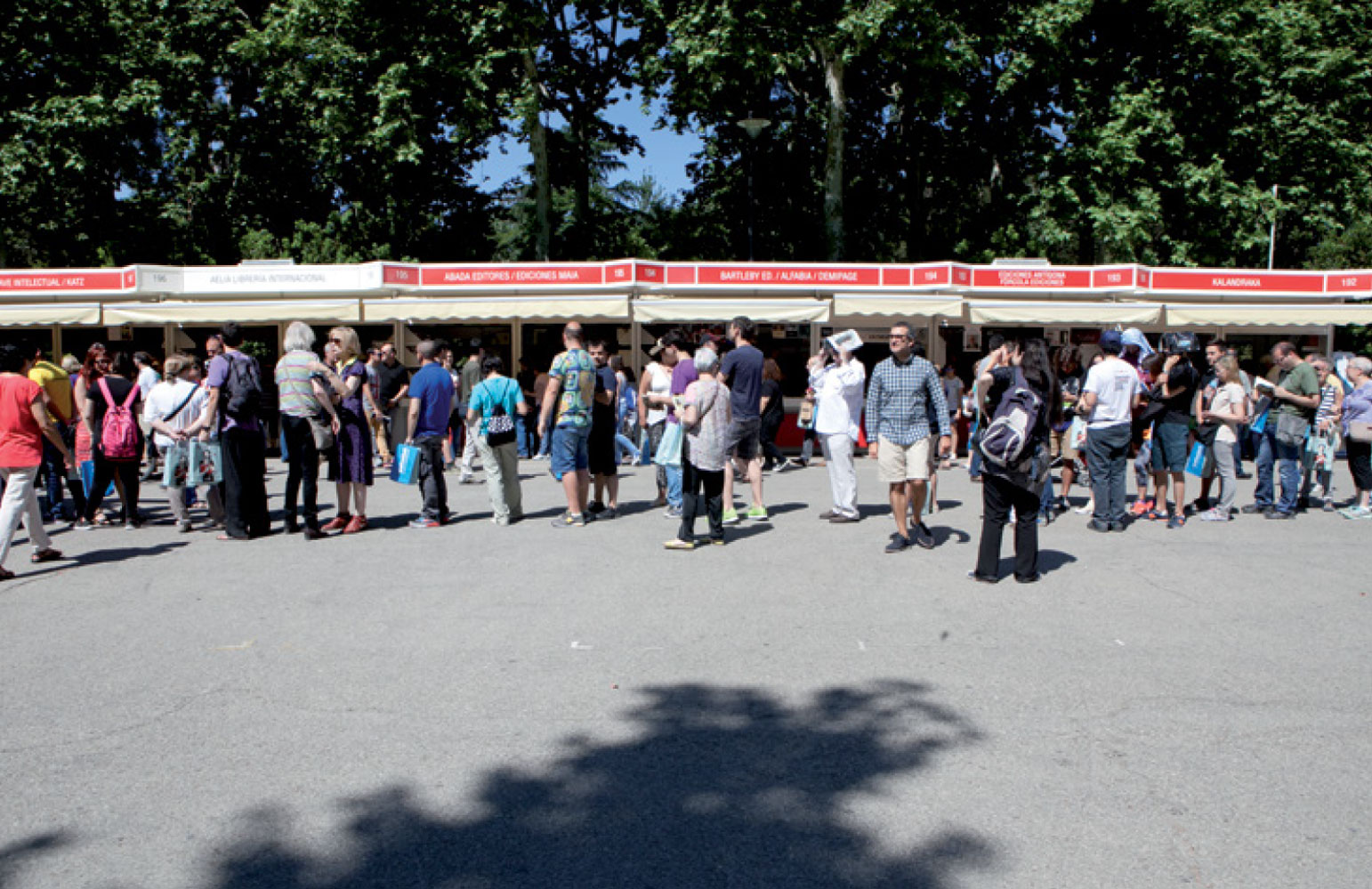 Since 1967, one of the most important cultural events in Madrid is held in the Parque del Buen Retiro, specifically in the Paseo de Fernán Núñez, better known as Paseo de Coches. It can be accessed directly through the Puerta de Madrid on Calle O’Donell or on Calle de la Reina Mercedes on Menéndez Pelayo street. During these weeks, visitors may benefit from special discounts in books. In addition, it is usually an excellent opportunity to get well-known writers sign on their book: every day in the publishing house and bookstores hold different signature sessions.

The building located in front of the Avenida de Felipe II is the most important multipurpose pavillion in the city. Reopened in 2005 after its reconstruction due to a fire in 2001, it is the permanent headquarters of the basketball teams of Real Madrid and Estudiantes. It is also the location for the celebration of sports and musical events for greater audiences. 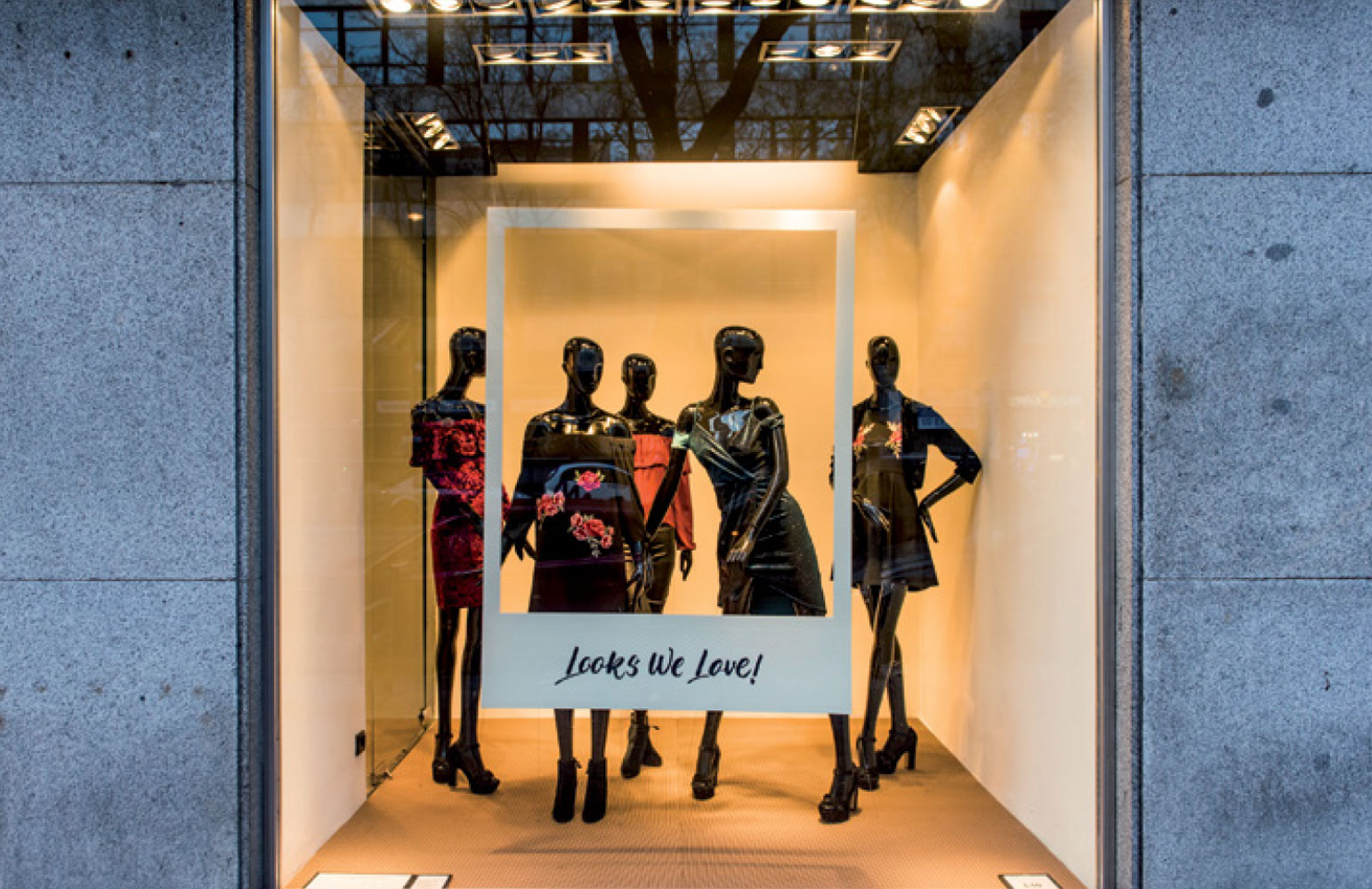 Built in the mid-nineteenth century as a transversal axis of the Barrio de Salamanca, it is one of the most elegant streets of the city. Currently, we may find branches of almost all the popular fashion and accessories chains, nationally and internationally, beside small boutiques and local and traditional stores.