Finally, in 2004, the Museo del Traje (The Costume Museum)  would be created on the grounds of the Ciudad Universitaria and since last October 27, 2021, the building on Avenida Juan de Herrera, which has been closed to the public for almost two years, has reopened its doors presenting the public with a new reading of its collection but with the same desire to make known all the treasures it keeps, but above all, the importance of clothing in our identity.

The museum’s deputy director, Paula Ramírez Jimeno accompanies Madrid Capital de Moda on a very special guided tour in which not only the new proposals of  Museo del Traje (the Costume Museum) have been discovered, but also the keys that have been taken into account in this “reopening “.

A NEW APPROACH TO THE COLLECTION

From the Museo del Traje has made a comprehensive rereading of the presentation of the collection. The collections department was reflecting on the new point of view that they wanted to give to the collection and began by making known to the public pieces that had never been exhibited before.

The starting point of this “new” museum is to have a much more contextualized approach to clothing. According to Paula Ramírez Jimeno, we usually have an idea of ​​fashion that is based on aesthetics, but in reality, fashion is transversal and is linked to everyday life, showing that it is not an isolated phenomenon. This has meant that in the new conception of the collection, you can see different elements that serve to give context to clothing, such as accessories, musical instruments, furniture or other pieces, such as bicycles, televisions or cosmetic products, while taking advantage of the own funds of the museum. 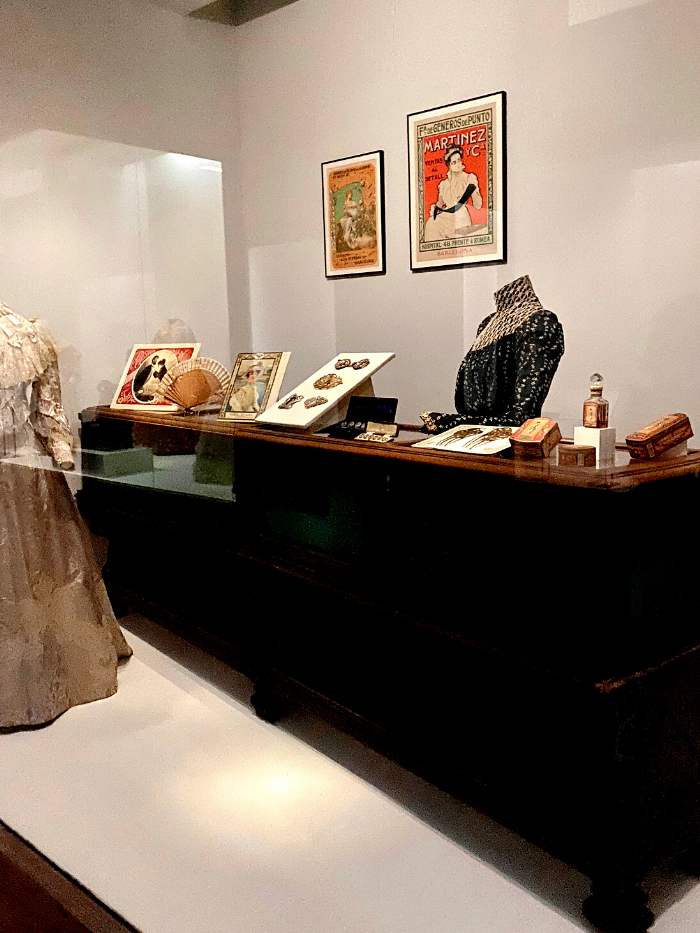 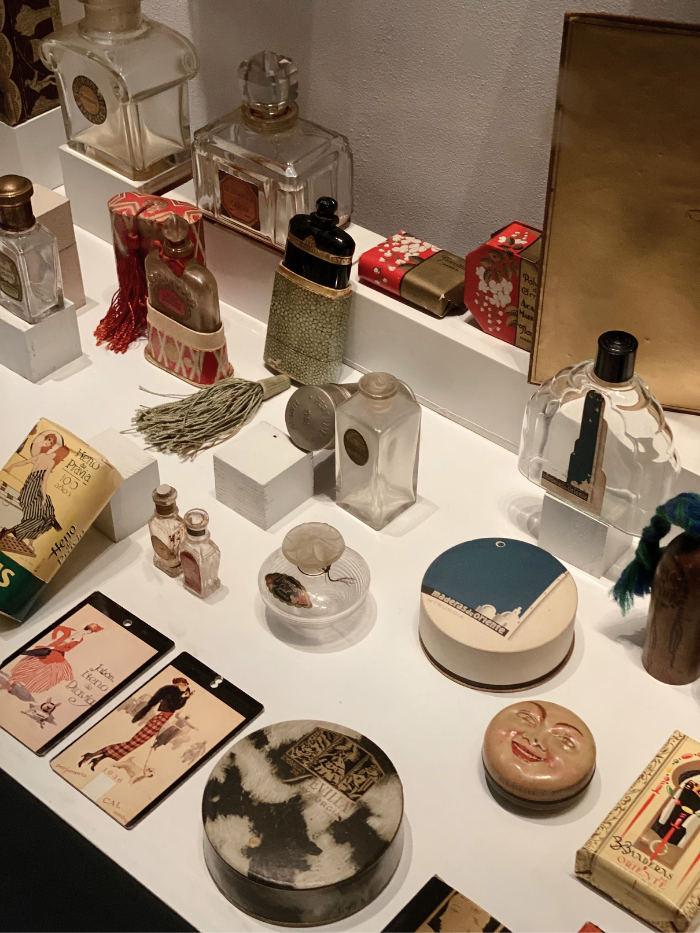 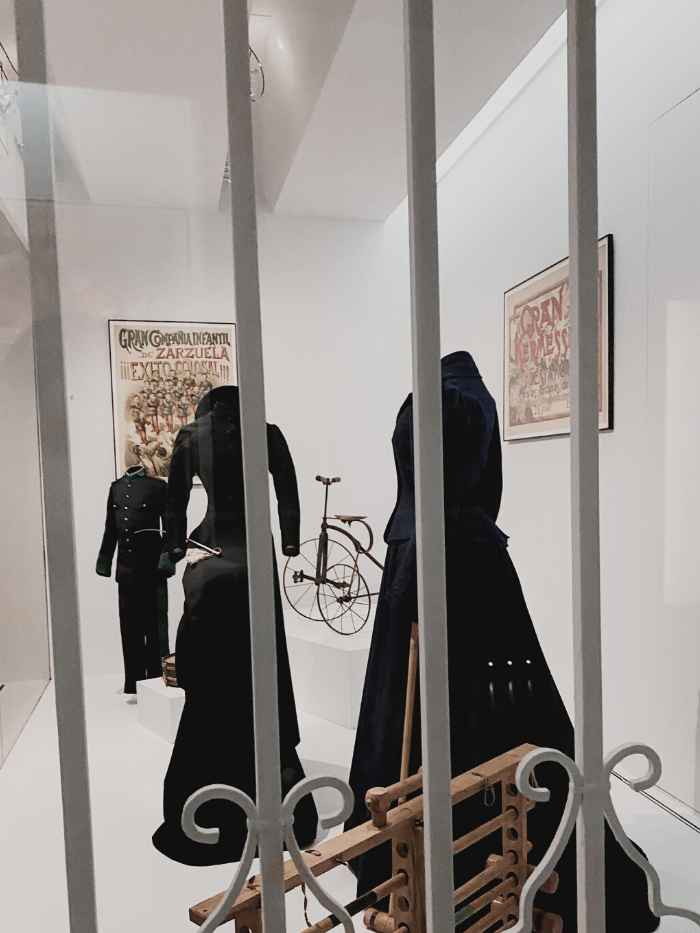 According to the deputy director of the museum, Paula Ramírez Jimeno, the collection is made up of pieces of international and national origin, but in this new presentation we have tried to give a preponderance to Spanish even within the international context, wanting to analyze what happens in Spain and reflecting on the Spanish discourse within the world of international fashion.

Identity is also linked to fashion, as well as its development and this can also be seen in the new presentation of the Museo del Traje collection. Over the centuries, since the phenomenon of majismo, well portrayed by Goya, it has evolved to create the language of Spanish that also reached other international fashions and designers. 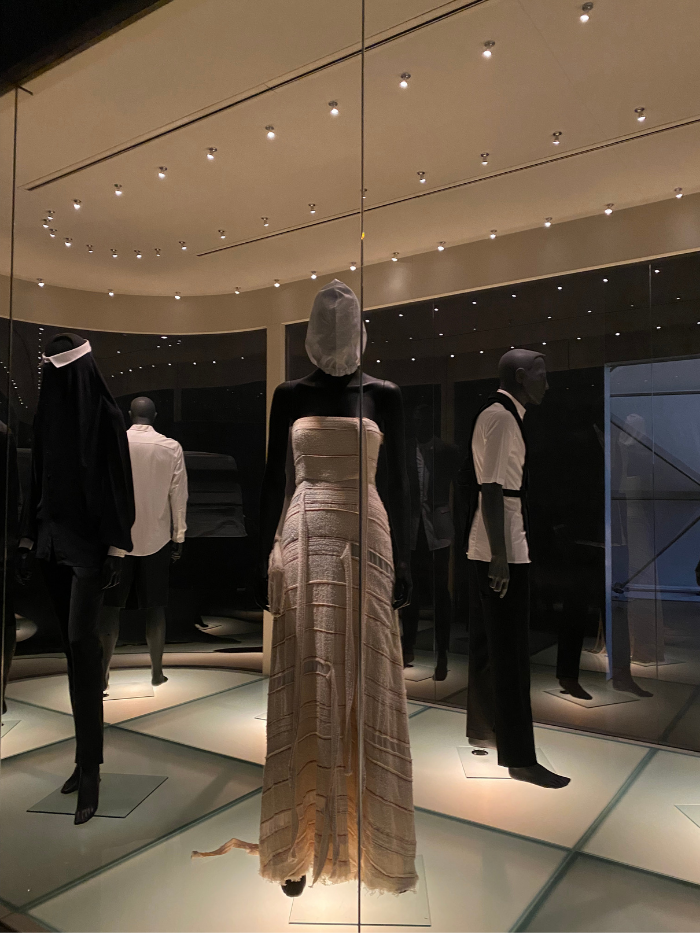 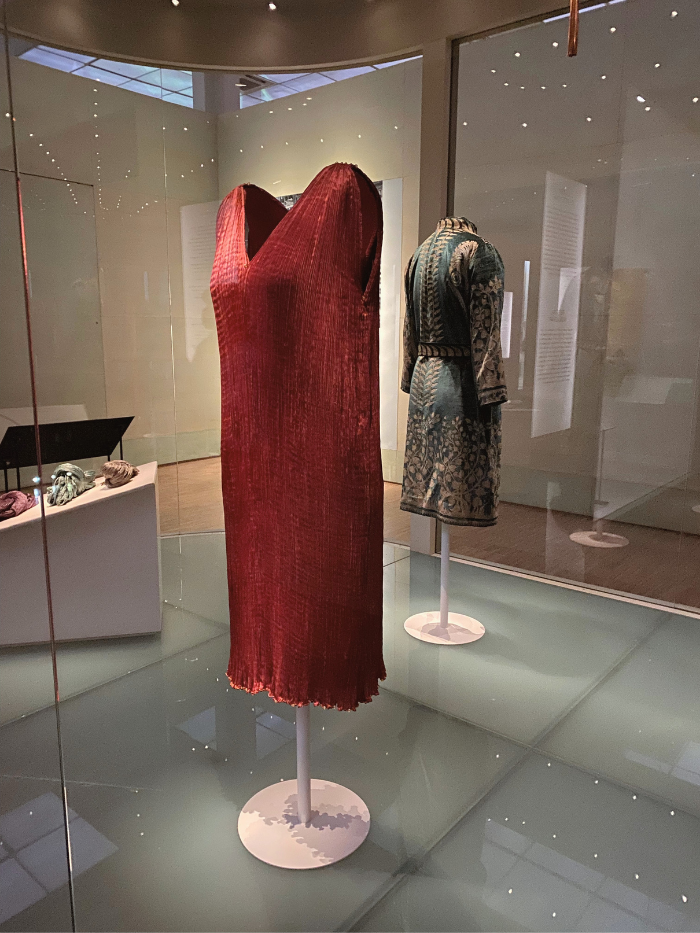 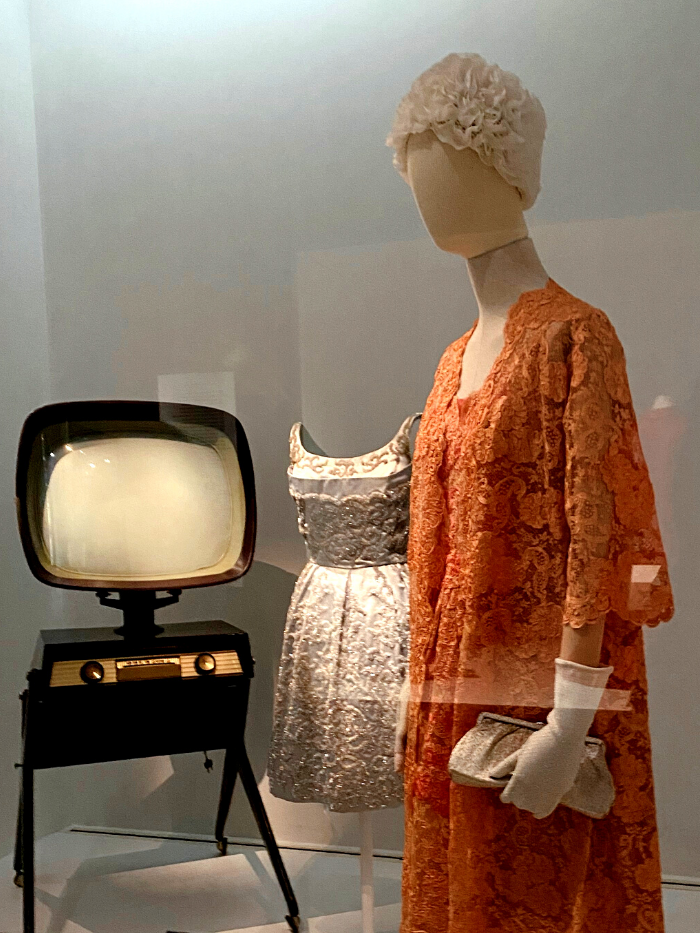 In addition, the Museo del Traje has wanted to value with this new assembly the work of Spanish designers such as David Delfín, Mariano Fortuny or Pedro Rodríguez, promoter of the ‘New Look’ in our country. Fortuny was a true visionary of fashion, creating a series of looser garments with an innovative silhouette. They have dedicated a room to the Granada-born creator because the museum has one of the most important collections of him at an international level. With regard to David Delfín, a room has also been created as a tribute to one of the most conceptual and risky couturiers in Spain.

Dialogue of the past with the present

Another novelty that incorporates this new approach to the collection is to show the evolution of fashion through anachronistic leaps, to different moments in history. At the beginning of the show, we can see an Oteyza design that talks to the fashion of the Habsburgs of dark tones and solemnity. You can also see original bullfighting shoes in contrast to the work of Manolo Blahnik that shows a current reinterpretation with his flats created with the same colors of the capote. 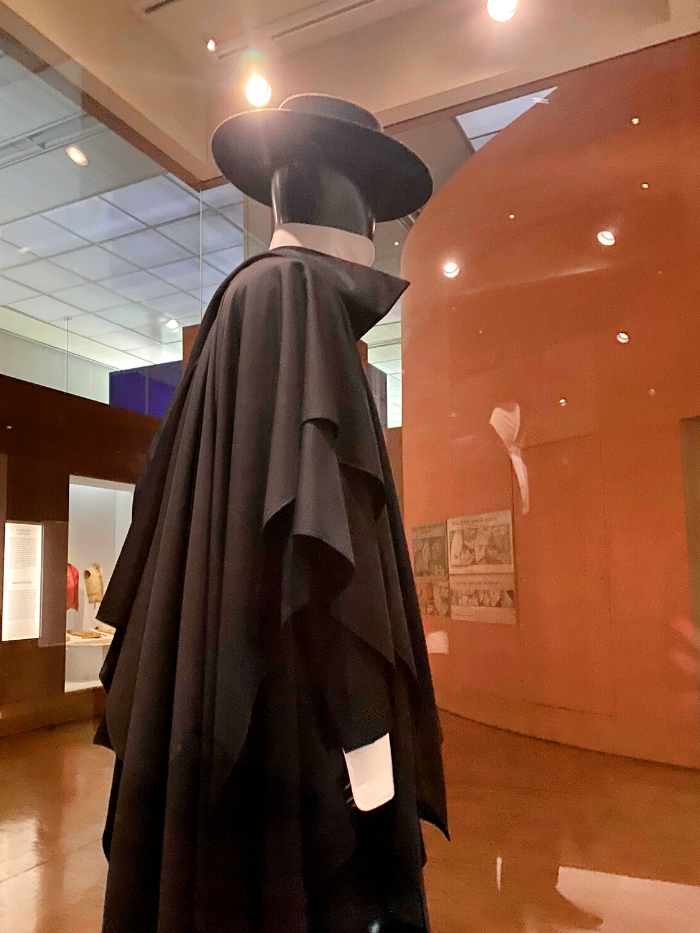 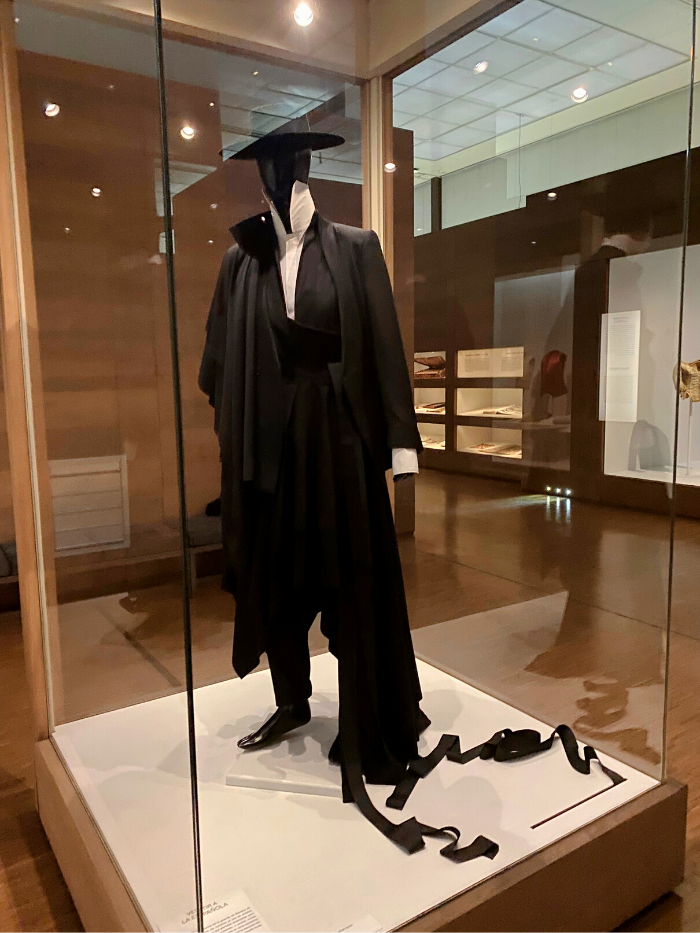 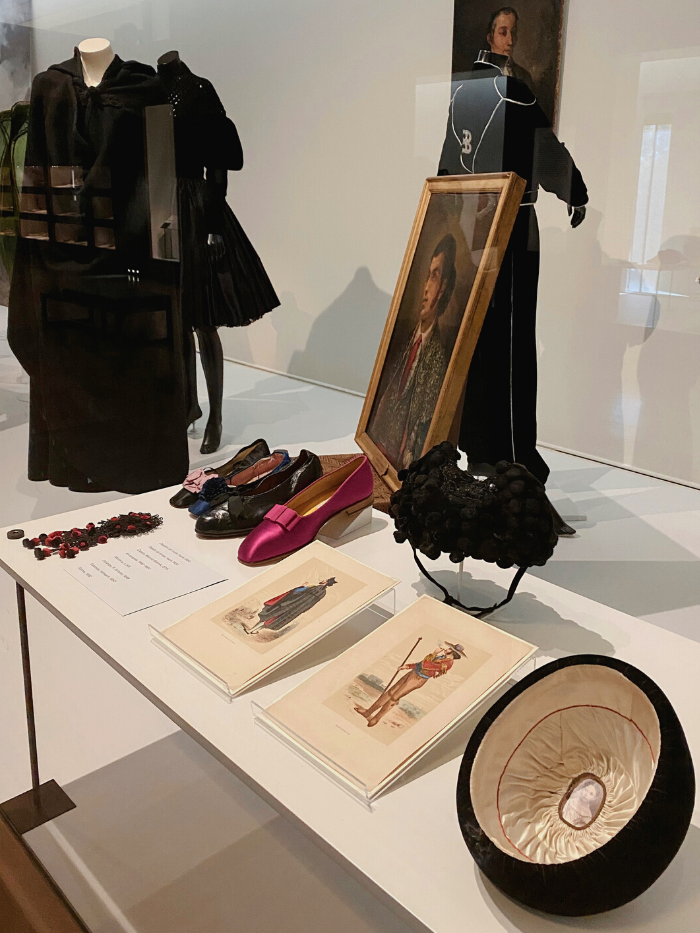 The new configuration of the Museo del Traje not only invites the visitor to take a trip through the history of clothing in our country, but also to discover the important documentary collections that the museum has. The museum continues to hold the work of being the Ethnographic Heritage Research Center and has an extensive collection of books, toilets, brochures, artistic and advertising pieces that have come out of its warehouses so that all who come to know it can also discover them and also visit its library. 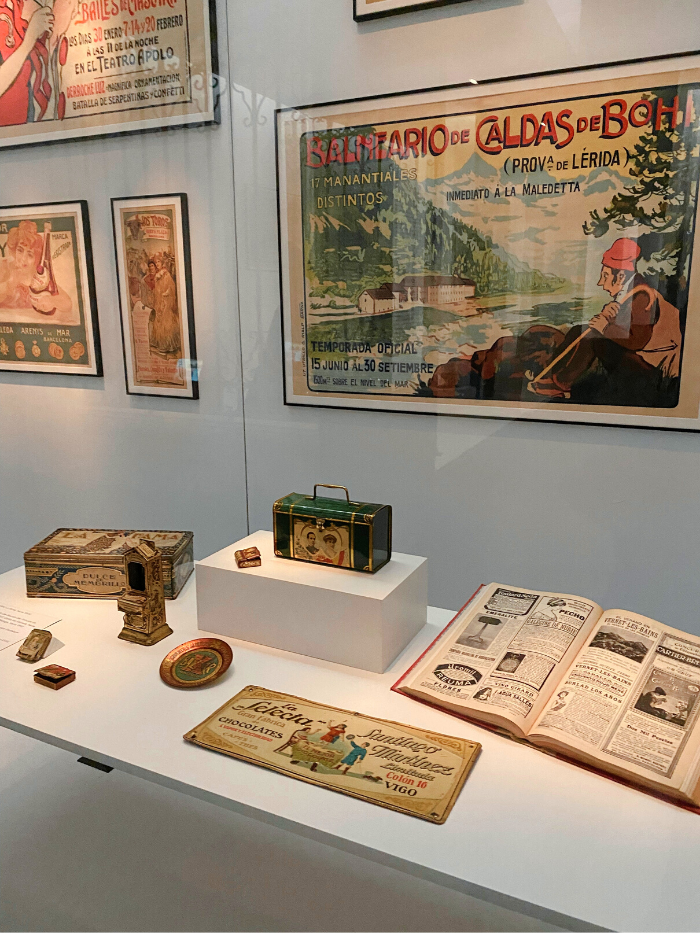 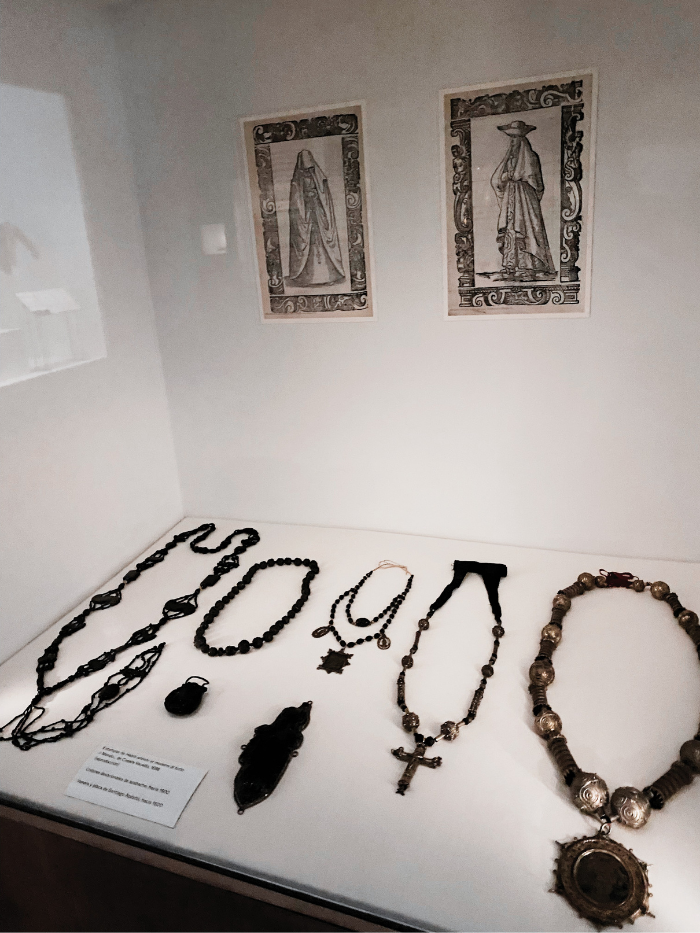 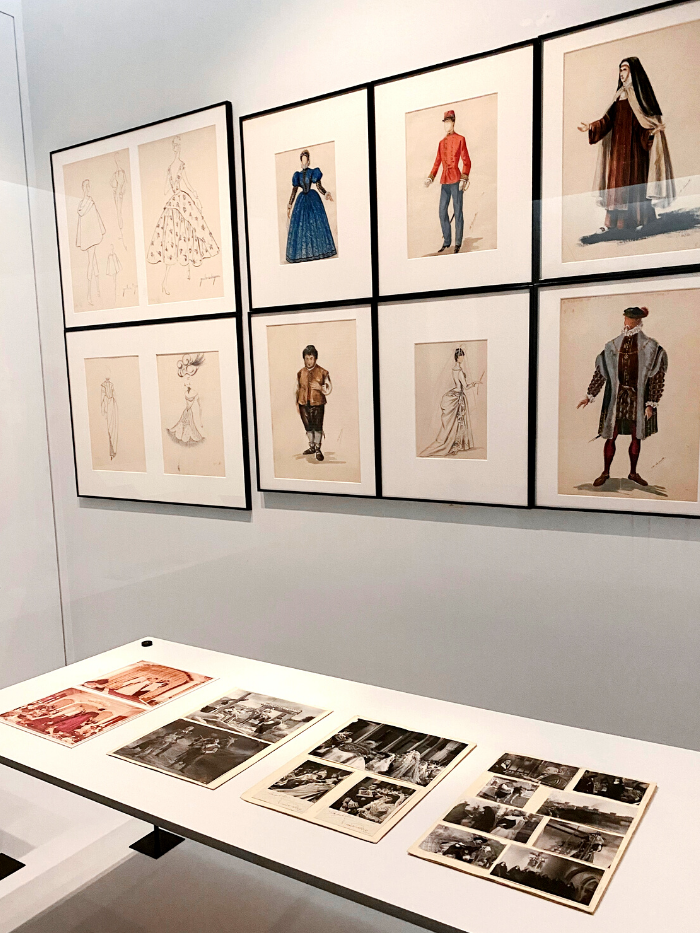 DIALOGUE OF THE PAST WITH THE PRESENT

As the deputy director Paula Ramírez Jimeno explains, fashion has a lot to do with who we are, because we all dress and we can understand that dressing has many implications on how we represent ourselves and how we show ourselves to others.

This is the idea on which they have reflected and that has made this beautiful rethinking of the collection a way of helping the public to know the past and the present.Discover the new Costume Museum and start by taking a look in our photo gallery. 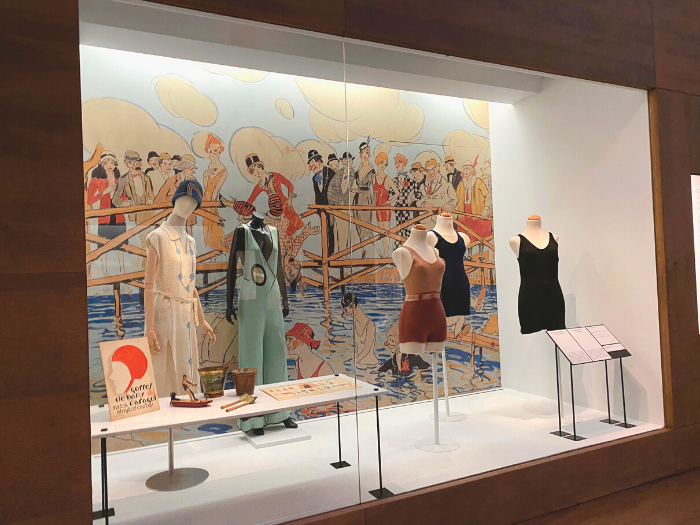 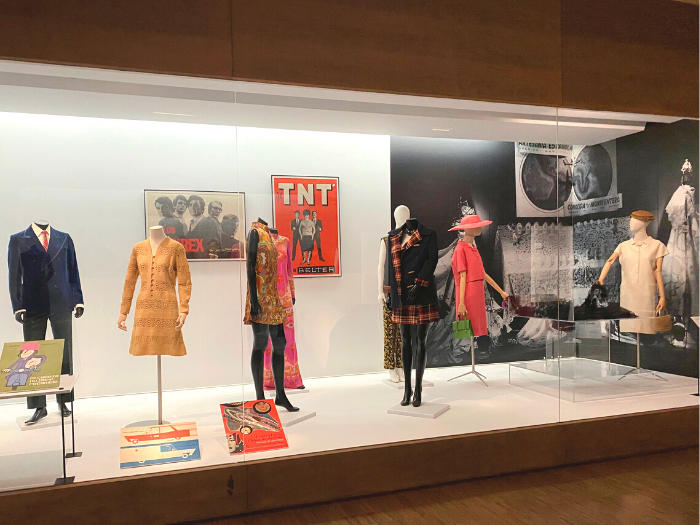 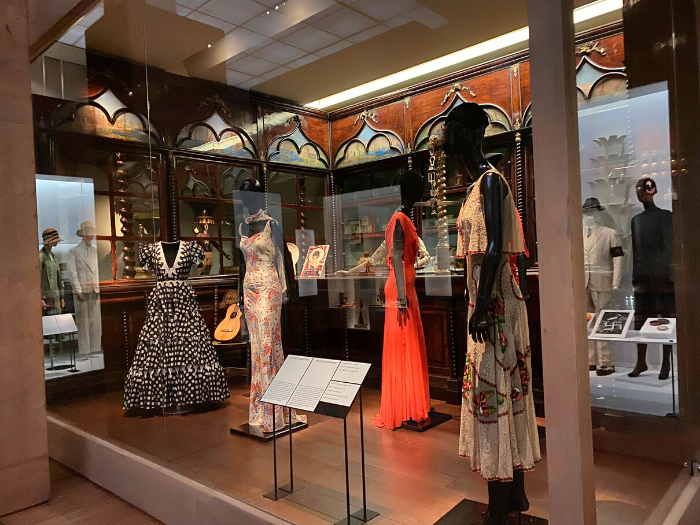