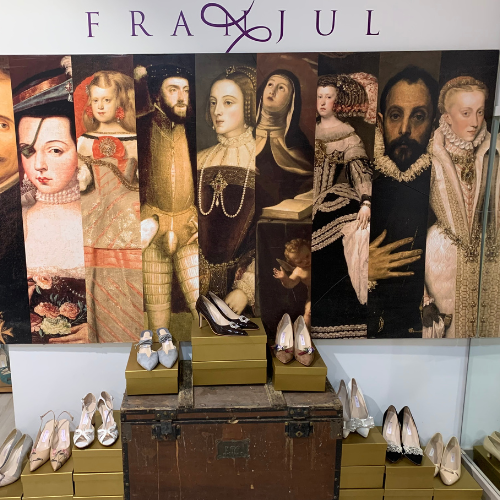 CULTULETRAS is an event that wants to vindicate the local culture and commerce of the Barrio de Las Letras through different activities and initiatives. For its part, the firm Calzados Franjul has launched a capsule collection as a tribute to the Spanish Golden Age. Inspired by great figures such as the writers Cervantes, Lope de Vega, by important female figures such as Santa Teresa de Jesús or the Princess of Éboli and, of course, by great works of painting such as ‘Las Meninas’ by Velázquez, Calzados Franjul has carried out this collection that can be seen this Thursday, June 16 at 7:00 p.m. at its establishment on Calle Lope de Vega, nº 11.