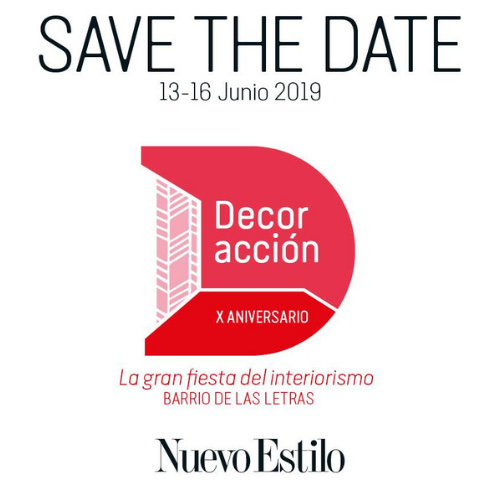 It is the best time to take the talent to the street. With an experience of 9 editions, DecorAcción has become the largest showcase of interior design in our country. This one is a sector that is beginning to see the fruits of the work of the best designers nationwide, and many of them emerged in the neighborhood of the Barrio de las Letras and year after year they support the DecorAcción party.

DecorAcción is organized by the Association of Merchants of the Barrio de las Letras, the Nuevo Estilo magazine and the Madrid City Council.