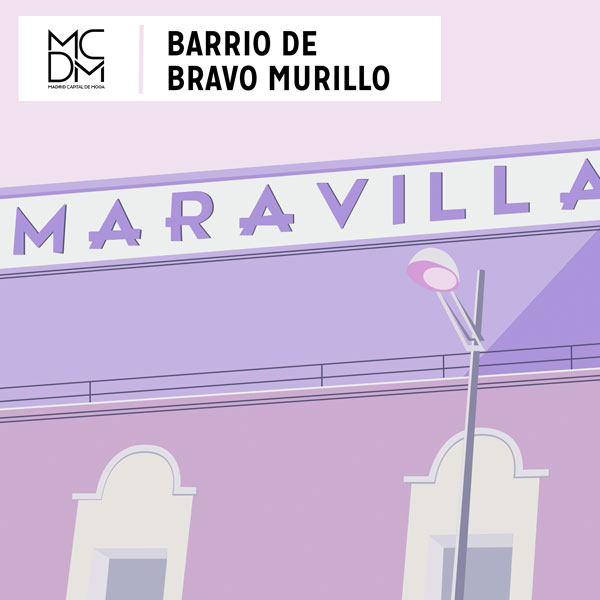 Bravo Murillo is one of the largest streets in Madrid. Its northern section, which runs from the roundabout of Glorieta de Cuatro Caminos to Plaza de Castilla, offers a lively commercial activity at almost any time of the day. Along this street you will discover the main chains of fashion brands and accessories, mobile phone and photography stores…

The Bravo Murillo street runs from the south to the north of the city, from the Glorieta de Cuatro Caminos to Plaza de Castilla. Several bus lines run the entire street and several suburban stops may be found throughout the neighbourhood.

The heart of the neighbourhood beats in the Glorieta de Cuatro Caminos. It is a very important communication hub and life never ceases in this area. There are many fast food restaurants that also give diversity to this square in the city.

In the northern area of Bravo Murillo, with its well-known low houses, the old physiognomy of the city is still recognizable, which in many of its neighbourhood maintained the life and appearance of any town in Castille. In the background, the large skyscrapers remind us that we are still in the capital.

If we tour Tetuán many times we will have the feeling of having left Madrid, although the skyscrapers on the horizon remind us that we are still in the capital. 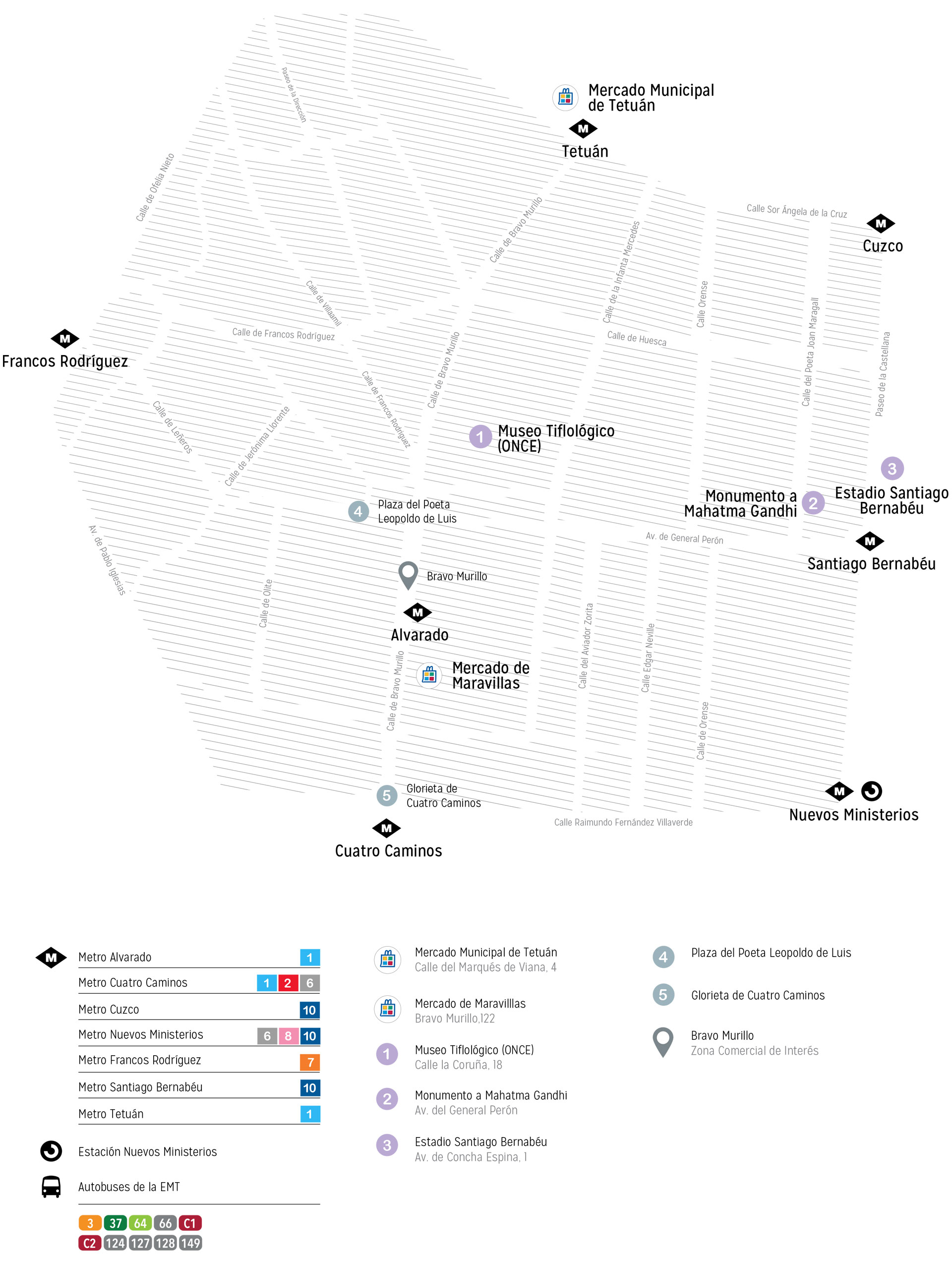 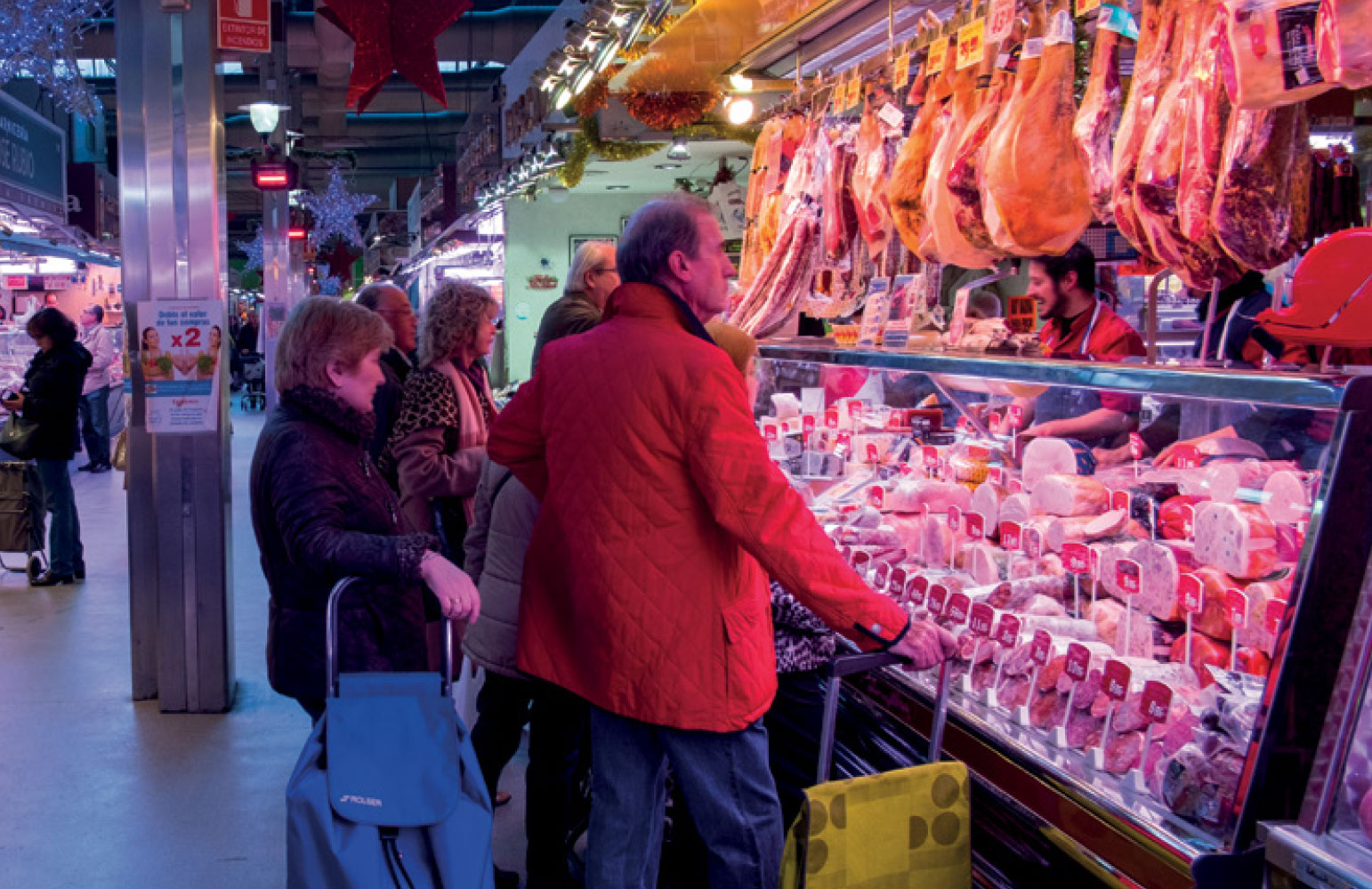 MARAVILLAS MARKET
The Mercado de Maravillas is the biggest and one of the most dynamic markets in Madrid as well as one of the largest in Europe. This market is equipped with more than 2000 locations where we may find everything from fresh products to gourmet cooking. The multiculturalism of the neighbourhood has been noticed in the market in recent years and it is increasingly common to find stalls with products of Latin America, Asian or African origin. 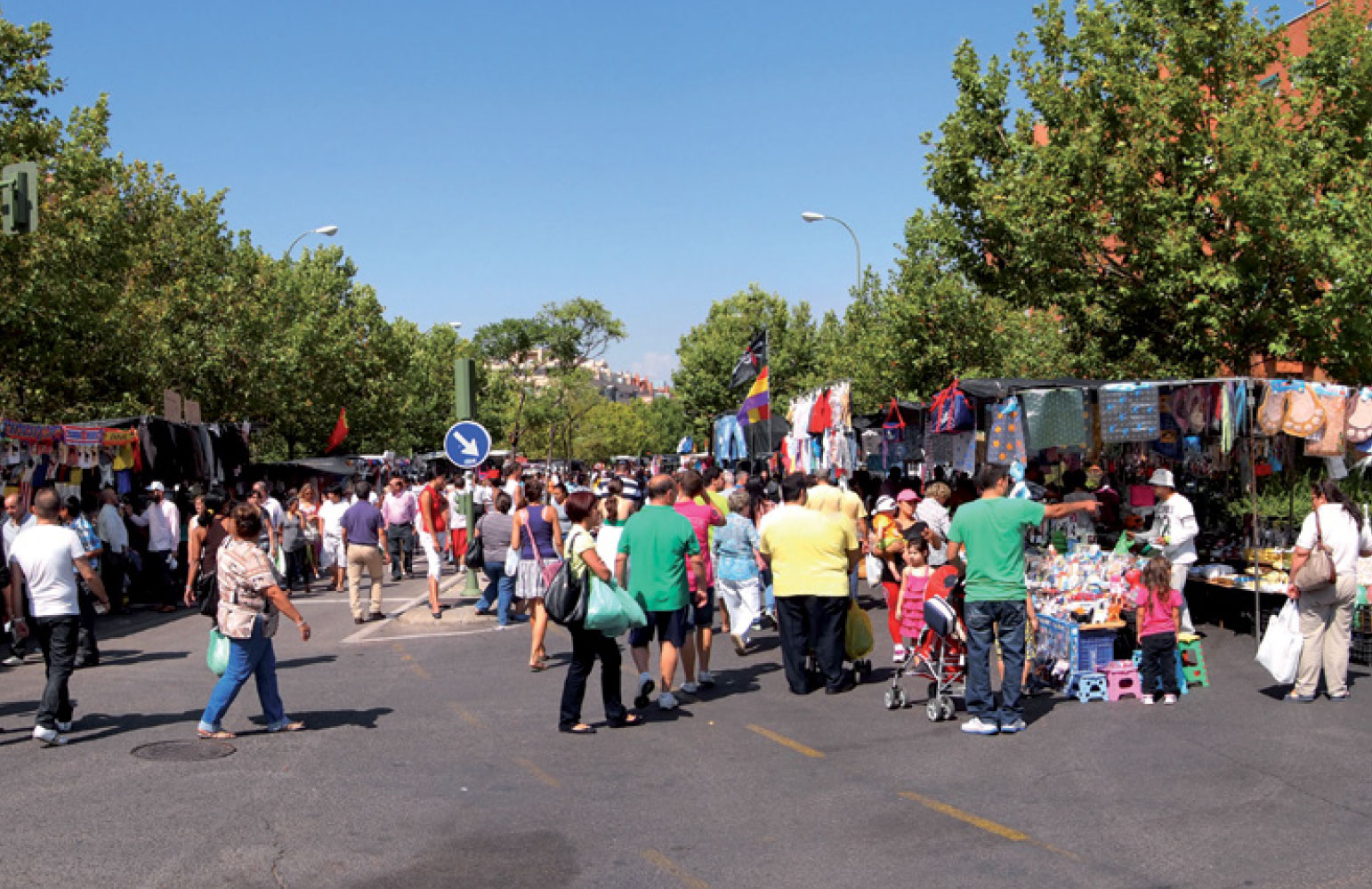 TETUÁN MARKET
On Sundays, in the Avenida de Asturias, we may find one of the oldest markets in Madrid. Formerly, it was located along the street of Bravo Murillo itself but was moved to the north of the district to facilitate the access of merchants and buyers. Here you can buy good fruit and vegetables, plants, accessories for the home, clothing and footwear at very popular prices.