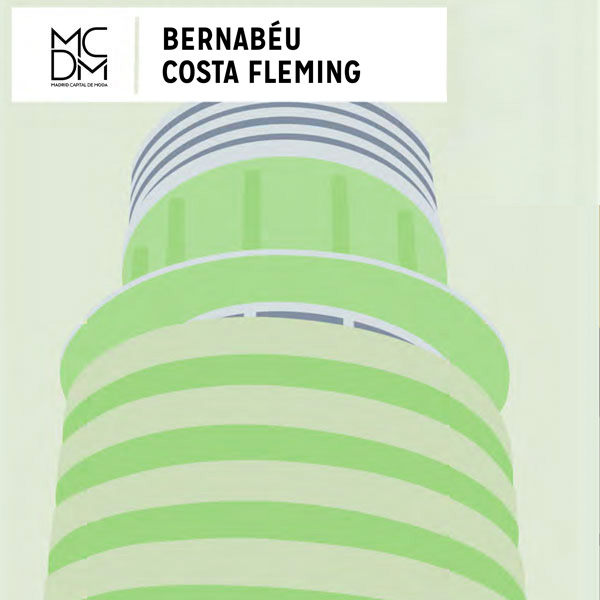 The Santiago Bernabeu Stadium has become one of the most visited buildings in the city of Madrid and its importance is such that it has given an informal name to an area of the city that, although mostly residential, has good range of leisure and commercial areas.

The Paseo de la Castellana runs from the south to the north of the capital; so do several bus lines in the area. In addition, as a result of the nearness of the Nuevos Ministerios interchange station makes this area of easy access. It is recommended the public transport especially on days with match at the Santiago Bernabeu Stadium.

Between Plaza de Castilla and the Bernabéu is the Fleming Coast, a neighborhood with a curious, unknown and recent history behind it. Between these streets, which were the focus of entertainment in the 60s and 70s, today an appealing offer of leisure, gastronomy and culture flourishes. A nucleus of great restaurants, small shops and businesses, and new entrepreneurs that make the area an excellent example of balance between residential and commercial. 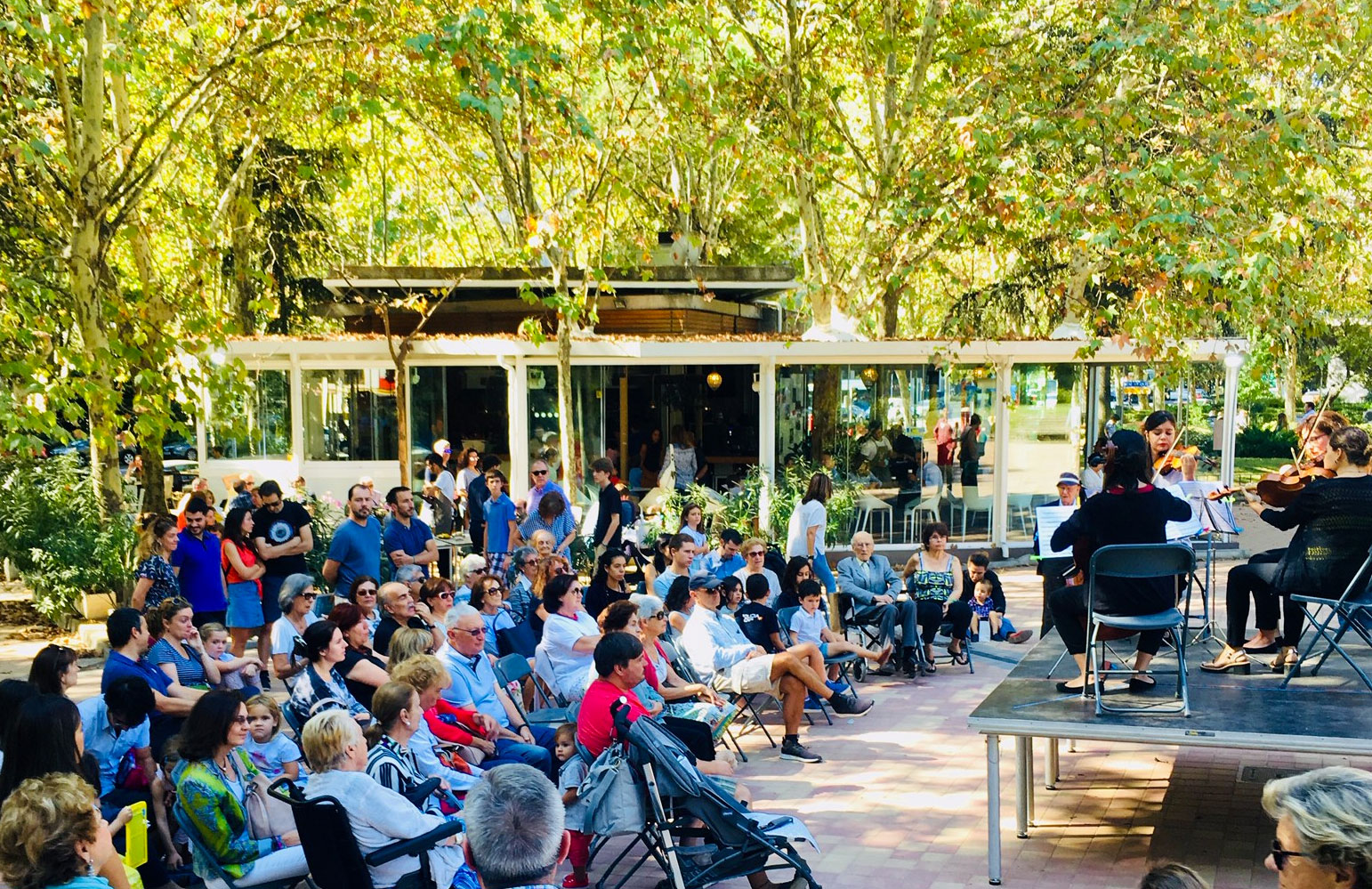 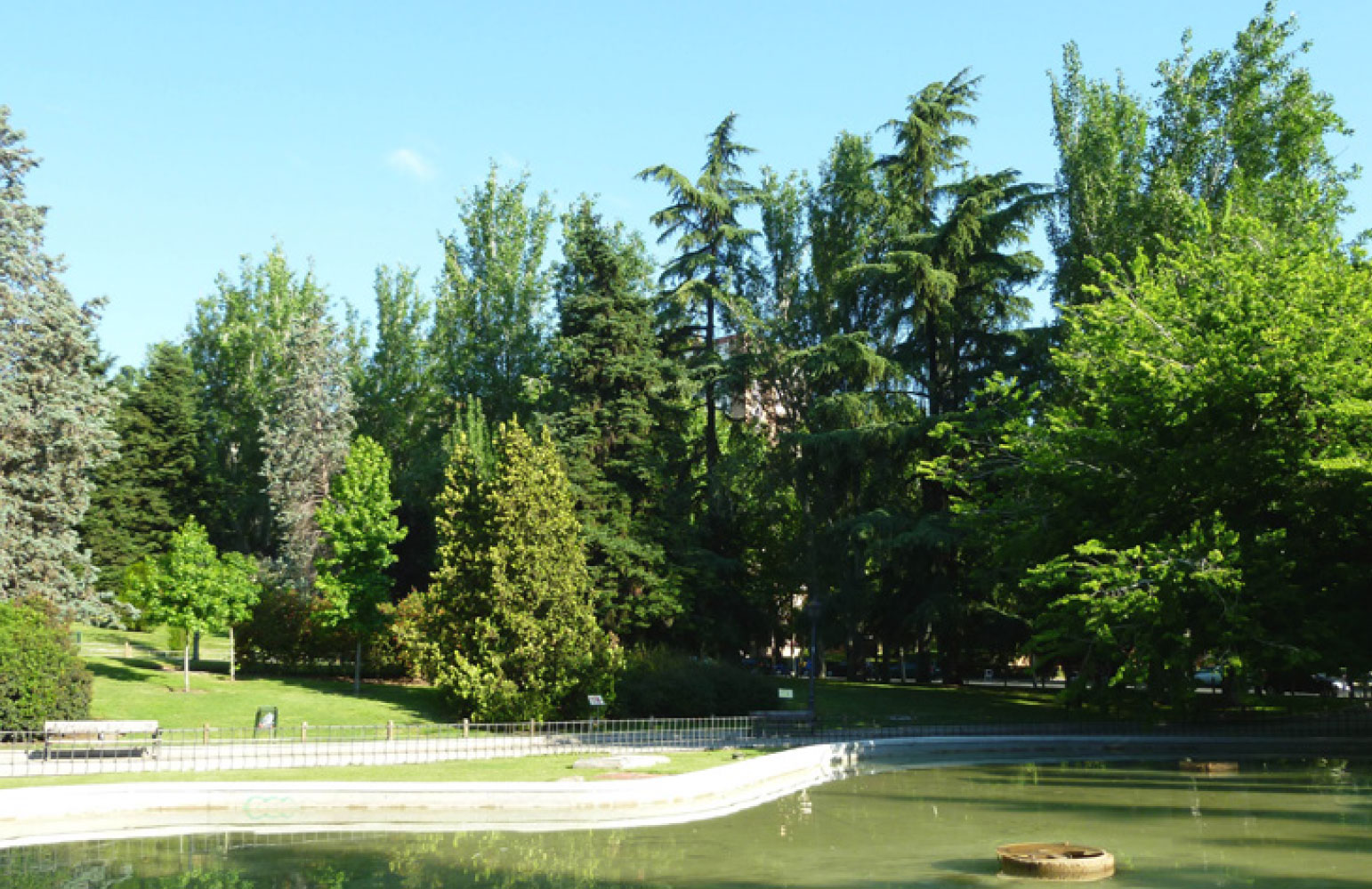 BERLIN PARK
Parque de Berlin is an urban park limited by Ramón y Cajal, Marcenado and San Ernesto streets. One of the green lungs of the northern area of Madrid and reference park of the Chamartin district, we may find there remains from the wall of the Berlin adorned with beautiful ornamental fountains and spacious living spaces, children’s areas as well as large areas of trees. 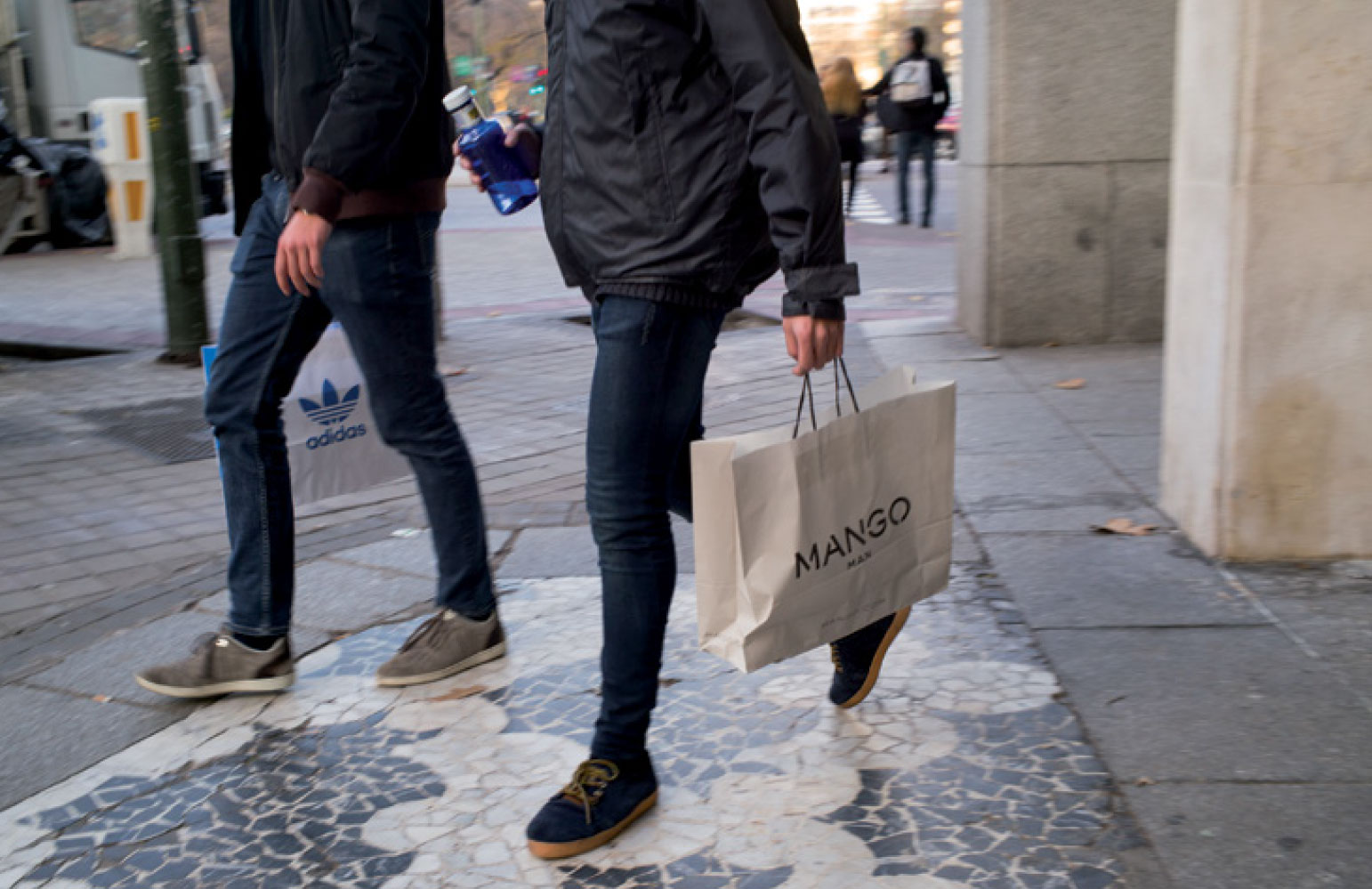 EL VISO
The district of El Viso is a unique area located in the centre of the capital. Built in the decade of the 30s following the lines of architectural rationalism that avoids any kind of empty ornamentation, it consists of single-family house that originally were occupied by intellectuals of the time and that currently make up one of the most expensive residential areas of Madrid. 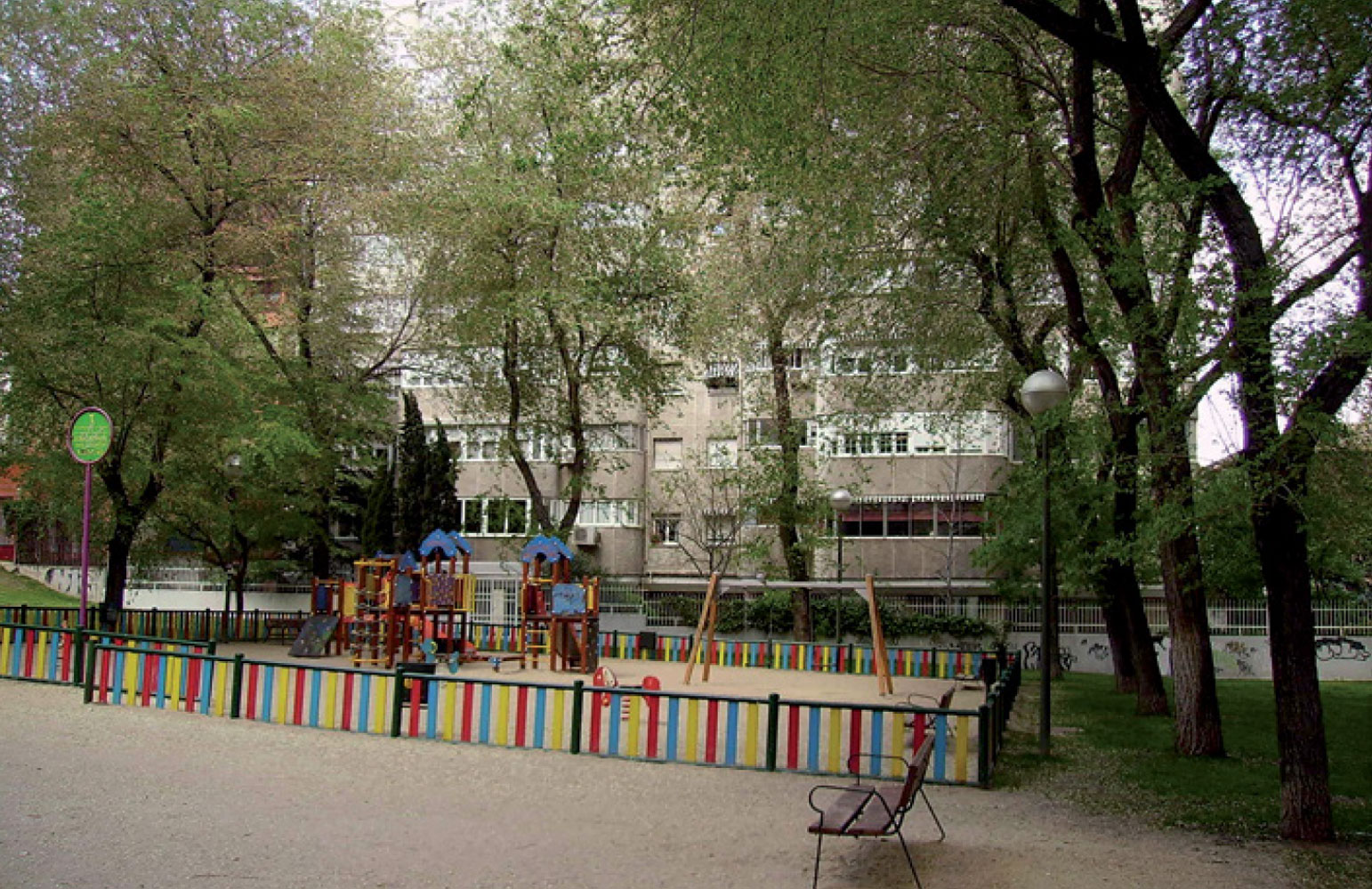 PROSPERIDAD
To the east of the Paseo de la Castellana and still inside what is known as the central almond of Madrid we get to one of the neighbourhoods that best preserves the spirit of the city. Around the Plaza de Prosperidad, we find a large network of streets full of small grocery stores, services or fresh products. In the street López de Hoyos, which crosses the neighbourhood, and nearby we may also find a large number of shoe, jewellery and fashion stores. 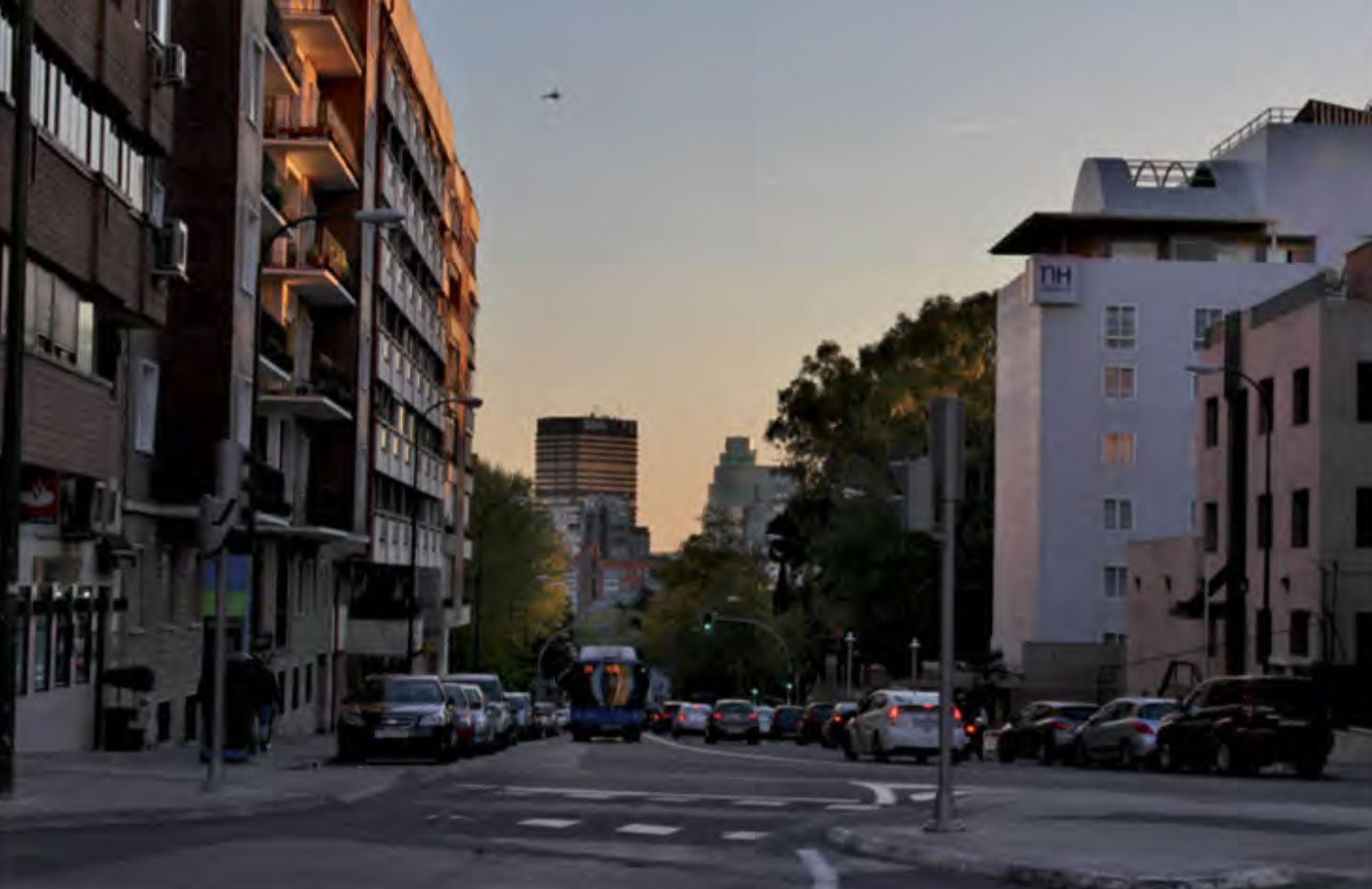 HABANA STREET
This long street, which is born in the Paseo de la Castellana at Nuevos Ministerios, is one of the most commercial areas near the Bernabeu. Here we can find numerous banks, restaurants and shops. In addition, several international fashion chains and jewellery stores have branches here. 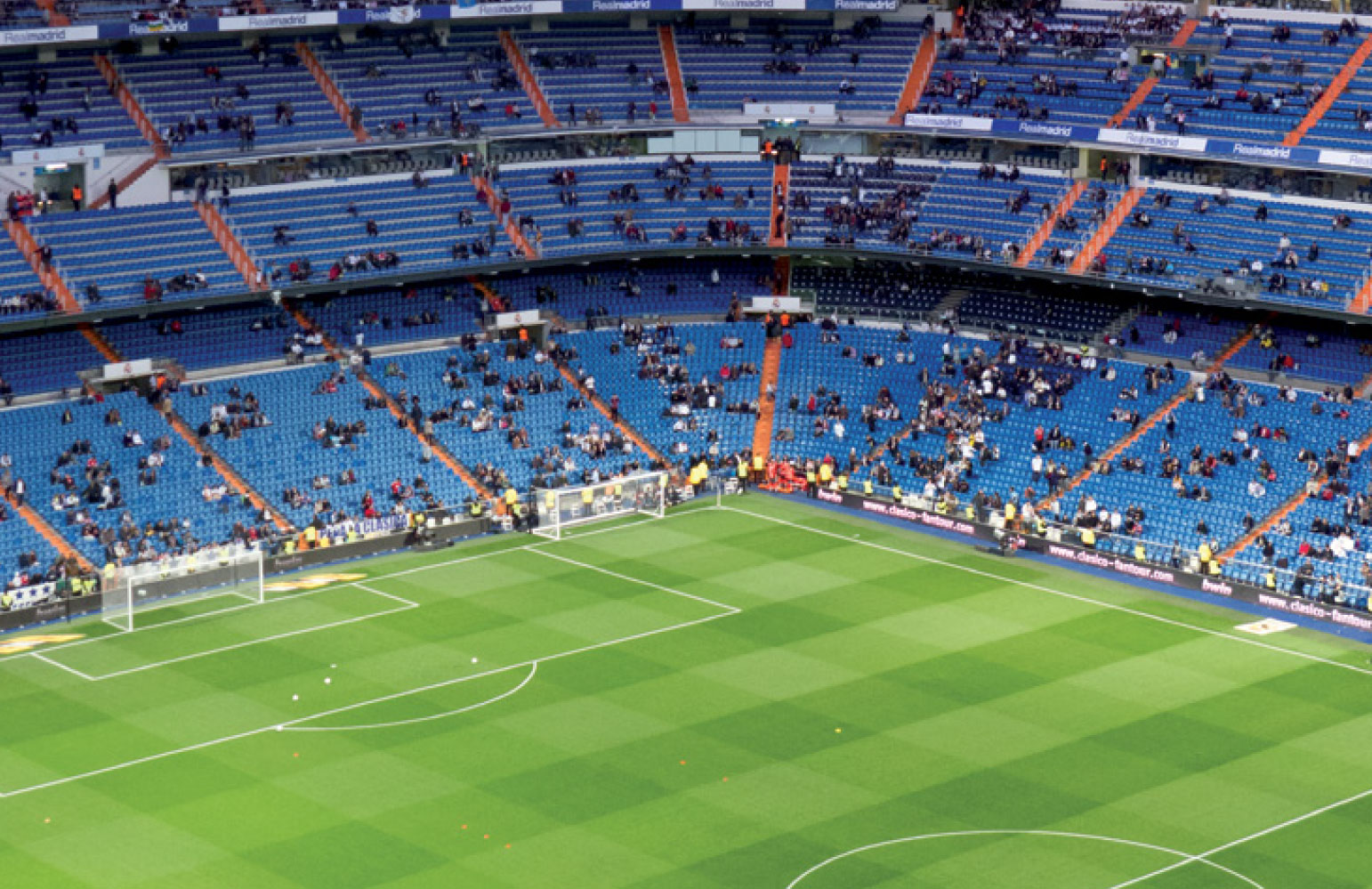 SANTIAGO BERNABEU STADIUM
The ‘home’ of Real Madrid is one of the favorite destinations for many visitors. Inaugurated in 1947, its named after one of the club’s most important president. Today you may make a visit thanks to the ‘Tour Bernabeu’, which guides visitors through the most emblematic places of the club and allows them to see the stadium as the authorities do, from the presidential box; like the players, from the field; or as the coach, sitting in the heated bench. The itinerary includes the players locker room where few are reluctant to get a photograph next to the locker of their favorite player. The visit ends in the trophy room, where all the titles that the team has won throughout its history are exhibited.