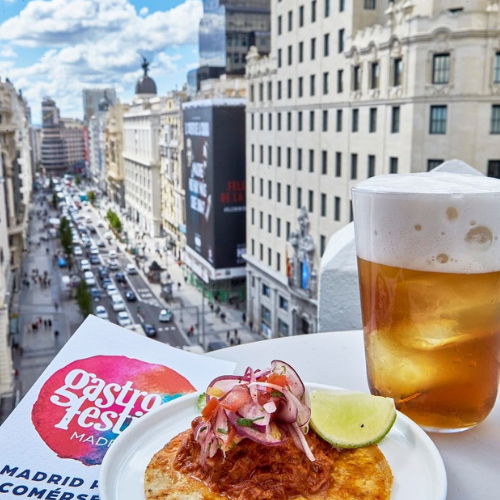 Every year since 2009, the Madrid City Council together with Madrid Fusion presents a gastronomic event that is much more than delighting the palate with different dishes: Gastrofestival. This gastronomic festival arrives in the city from May 16 to 29 as different proposals in which gastronomy is the protagonist and is revisited from different perspectives: Madrid Gastronómico ➖ Gastrocultura ➖ Experiencias Sensoriales ➖ Enocultura ➖ Gastrosalud ➖ Gastrofestival en familia.

This year, Gastrofestival incorporated a novelty:  La Cocina Gourmet (the Gourmet Kitchen) activity, among which the 4-hand dinners stand out, in which we have several stars from the gastronomic firmament, such as Pedro Aguilera, winner of the Revelation Chef Award at Madrid Fusión 2022.

Within the Gastrocultura section, great references of the Madrid cultural scene participate, such as the Royal Palace, the National Museum of Romanticism, the Cerralbo Museum, Caixa Forum or Casa Decor. 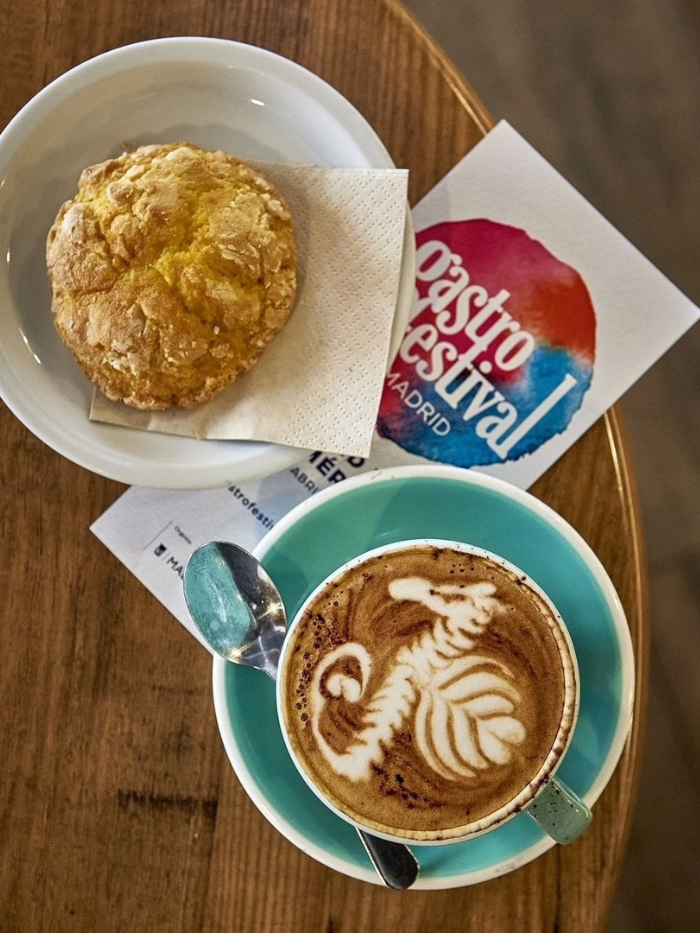 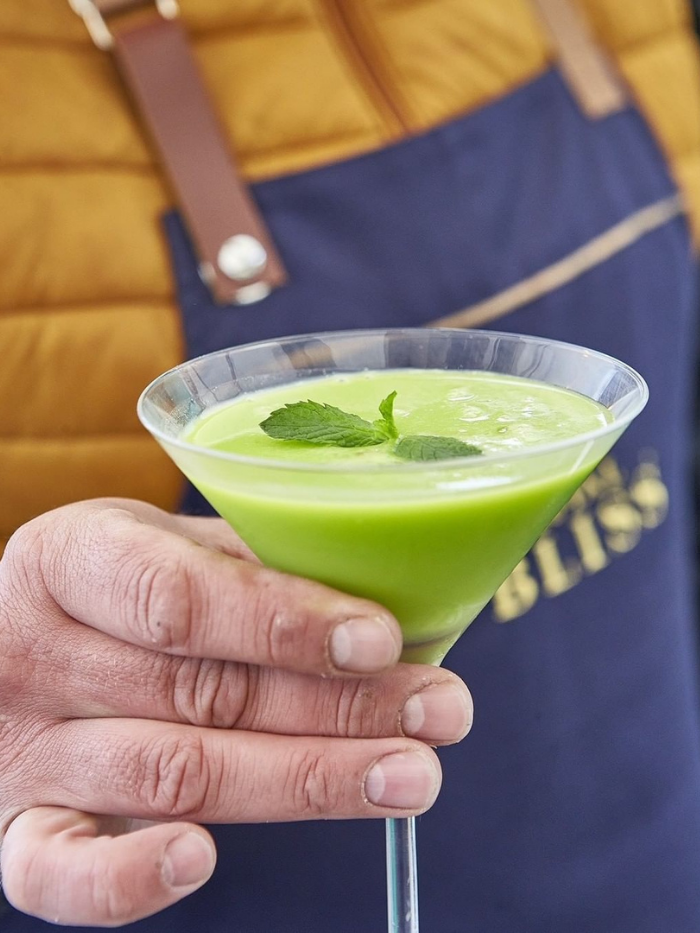 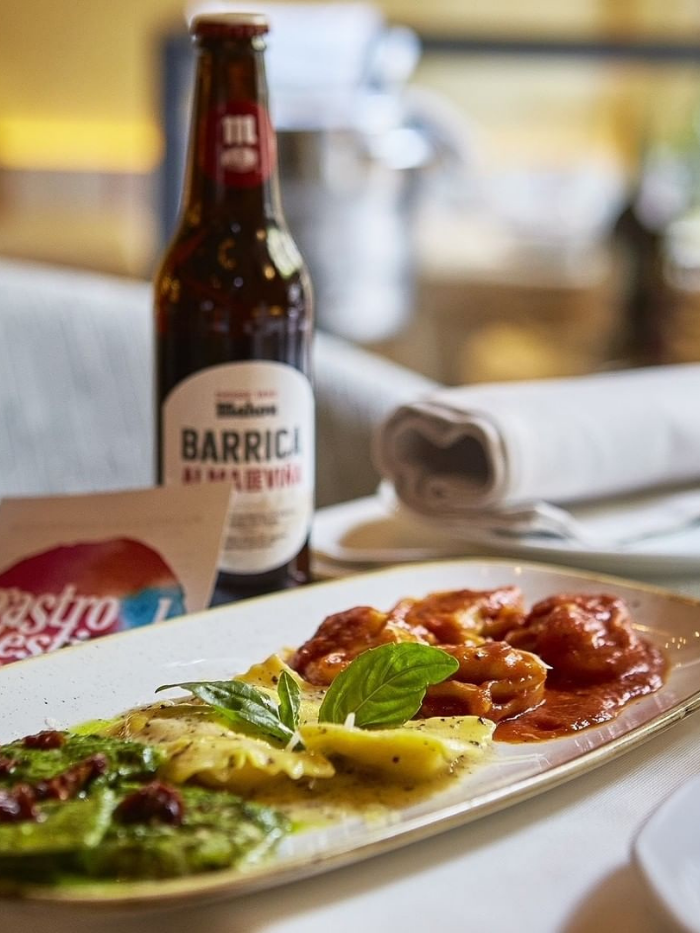 GASTROFESTIVAL IN THE MARKETS OF MADRID

⏺ May 20 (12pm): Inauguration of the Gastrofestival with Begoña Gardel (winner of the Championship for the Best Pastry Chef in Spain) followed by a Show-cooking of the San Isidro rosquillas recipe in collaboration with ACYRE MADRID.

⏺ Gastronomic workshops, presentations, tastings and culture:  Different proposals can be enjoyed in the common area of ​​the Antón Martín Market, prior reservation by sending an email to mercadoantonmartin@gmail.com

Among the different activities that will take place in this central market are, among many others, “Cocidito Madrileño” a cooking workshop given by the “Municipal Center for the Elderly of the Central District” on May 23 at 7:00 p.m., “Women in Gastronomy ” (May 25), the presentation of a study on the situation of women in Spanish gastronomy organized by Blanca García Henche (University of Alcalá de Henares) or “Flamenco con Salero” (May 20 and 27 at 9:00 p.m.) a flamenco festival organized by the Center for Flamenco Art and Spanish Dance Amor de Disco with Paco Soto and Sandra Carrasco in which you can visit the different cuisines of the market.

If you want to know its complete program, consult the official page of Mercado de Antón Martin.

Different places in the market will participate in “Tapas Gastrofestival in Barceló”. From the ‘Churribao’, the vegan option from Fina Pilipina Veggie, to the potato omelette with caramelized onions from Doña Tortilla or the assorted mini sandwiches from La Sandwicherie, different snacks can be enjoyed in the market from 1:00 p.m. to 4:00 p.m. and from 8:00 p.m. 11 p.m.

From May 13 to 21 in the Barrio de Salamanca market, a series of oil, cheese or wine tastings will be offered to the public, as well as a showcooking of Navarra products with a gift for the public.

From oil tastings (Friday, May 20 and 27) to an international cheese workshop by Carlos Herrera (Thursday, May 19 and 26), or a tapas tasting by Churrería Hnos Moreno (From May 16 to 29, may) delicious initiatives await you in this market.

The Vallecas market has different proposals such as the Jazz Thursday of La Coqreta Kanalla that will offer on Thursday May 26 at 8:30 p.m. with a concert by The Picorcitos with a tasting of reeds and croquettes, the delicious sushi of Karibu Sushi, a tasting of Craft beer paired with croquettes on Thursday 19th at 8pm at La Coqreta de Vallekas or a Colombian food tasting at La Buena Vida from Tuesday to Sunday from 8am to 8pm.

On Wednesday, May 18 and 25 at 7:00 p.m., a tableware modeling workshop will be held with Brokken Ceramics, on Thursday, May 19 at 7:00 p.m. Gabriel de la Morena will give a food photography workshop, on Saturday, May 21 at 11:00 a.m. You can participate in a workshop on dyeing linen napkins with food waste with Studio Folklore and on Thursday 26 (6:30 p.m. and 7:30 p.m.) you will enjoy two talks: “Gastronomic Entrepreneurship”, with José Miguel García Viejo; and “How to build a brand for your restaurant”, with Ángel Espinosa.

Check the official program of the new edition of Gastrofestival on its official website. Do not miss it!